Administrators Must Tread Carefully When Deciding How To Accommodate the Disabled 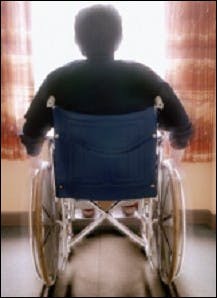 One of the mandates of the Americans with Disabilities Act (ADA) was to stop discrimination against individuals with disabilities by integrating them into the economic and social mainstream of American life. While individuals with disabilities have used the law to gain participation opportunities, this increased demand has unfortunately forced athletic administrators to make some very difficult choices. In particular, administrators are increasingly having to determine whether their organizations can accommodate everyone by modifying existing programs - and if so, what types of modifications can be made without endangering the safety of other participants.

A recent case, Williams v. Wakefield Basketball Association (CA-01-10434-DPW), involved Colm Williams, a 7-year-old born with a spinal defect who is confined to a wheelchair. Wishing to play basketball with his friends and undeterred by his disability, Williams attempted to sign up and play in a league administered by the Wakefield (Mass.) Basketball Association. However, worried that the boy's wheelchair might pose a danger to other children on the court, the association refused to allow him to play basketball in any of its leagues. In response, the Williams family, with the help of the Massachusetts Disability Law Center, filed a lawsuit claiming that by denying Colm an equal opportunity to play basketball, the association was in violation of Title III of the ADA.

In order for an individual to successfully pursue a claim under Title III of the ADA, an individual must establish that he or she: 1. Is a qualified individual with a disability; 2. Is otherwise qualified for the athletic activity; 3. Is being excluded from athletic participation solely by reason of his or her disability; and 4. Is being discriminated against by a private entity that operates a place of public accommodation.

If an individual meets the essential eligibility requirements for coverage under the ADA, the organization has to make reasonable modifications to its rules, policies or practices in order for the individual to participate in its programs or activities.

Even if the Williamses were able to prove that Colm's case met all four of the above requirements, the court could still uphold the WBA's exclusion of Colm as valid if it found that Colm's use of a wheelchair constituted a fundamental alteration of the nature of the WBA's programs. In addition, the court could uphold the WBA's decision if it found that permitting Colm to participate would pose a direct threat to the health or safety of other participants. In determining whether a participant poses a direct threat to others, an organization must make an individualized assessment based on the nature, duration and severity of the risk; the probability that an injury will actually occur; and whether reasonable modifications of policies, practices or procedures will mitigate the risk.

The court first determined that payments made by the WBA for maintenance and janitorial expenses to the Town of Wakefield in exchange for the use of the town's gyms brought the actions of the WBA under the ADA. Then it quickly moved on to what it considered the crux of the case: whether or not Colm's involvement would fundamentally alter the WBA's rules, which are loosely based on high school rules and are designed to bring young players, consistent with their age and skill level, into compliance with the general competitive rules of basketball.

In arguing that Colm's involvement would not fundamentally alter the WBA's rules, the Williamses claimed that Title III requires the WBA to make "reasonable modifications" in its policies, practices or procedures when such modifications are necessary to accommodate individuals with disabilities. The Williamses also claimed that the WBA already played under modified and relaxed rules, especially for younger children.

In rejecting the Williamses' argument, U.S. District Court Judge Douglas Woodlock, in an unreported decision, ruled that the modifications necessary to permit Colm to play basketball in the WBA would fundamentally alter the character of the game, with the result of making it an entirely different activity. In support of this conclusion, the court relied on the broad legal requirements set forth by the U.S. Supreme Court in Martin v. PGA Tour [532 U.S. 661 (2001)]. In Martin, Casey Martin, a physically disabled golfer, sued the PGA Tour after it refused to allow him to use a golf cart during PGA competitions. In allowing Martin to use a golf cart, the Supreme Court noted that the essence of the game was shot-making, and that the walking rule was at best peripheral. The Supreme Court concluded that modification of the walking rule would not alter an essential aspect of the game or provide one player an advantage over another, and could be waived in Martin's case without fundamentally altering the nature of PGA tournaments.

Basketball, Judge Woodlock ruled, is distinguishable from golf in a number of basic ways. For example, in golf, the use of a cart is acceptable and not at all uncommon. In basketball, however, there has never to the court's knowledge been a competitive game between able-bodied players and disabled players in wheelchairs. In addition, the court found that unlike golf, basketball involves interactions between players, such as blocking, charging and guarding. This makes basketball different from golf because the players compete against each other as a team, and not against a golf course as an individual. Therefore, unlike golf, there is an expectation that there will be direct interaction and physical contact between the players. Finally, the court noted that as a particular matter, even though the game of basketball is intended to be a non-contact sport, it is a sport in which incidental contact is to be expected. This is especially true when dealing with children 6 or 7 years old, due to their enthusiasm and lack of physical development.

In addition, Judge Woodlock found that allowing Colm to play in a wheelchair would pose a direct threat to the safety of other players. In particular, the court worried about two activities: setting picks and rebounding. In both of these activities, physical contact can be anticipated and the WBA has carefully designed rules to limit the amount of danger involved.

While the court noted that Colm's wheelchair could be modified to make it less dangerous (for example, by using pads or spoke guards), it concluded that a wheelchair would introduce into the game both a safety consideration that is a disadvantage to the other team, as well as an entirely new form of locomotion and size. The court also noted that in addition to the game played by able-bodied players, there is already a game of basketball played by wheelchair athletes in a competitive setting.

The question of whether an organization can accommodate every individual with a disability by modifying existing programs is not an easy one to answer. No athletic administrator wants to deny any child an opportunity to participate in sports. In fact, the WBA - after it refused to allow Colm to play - offered to accommodate Colm by sponsoring him in a wheelchair basketball league, which was in another city, and pay his transportation costs.

In determining whether to modify an existing program, athletic and recreation administrators need to understand the importance of making individualized or case-by-case assessments. Conducting an individualized assessment is the only way to determine whether the modifications requested fundamentally alter the nature of the program, or whether allowing the individual to participate would pose a direct threat to the health or safety of others. In addition, the assessment also allows athletic administrators to ensure fair competition.

Compounding the problem facing administrators, however, is the uncertainty over what risks a court might actually find unacceptable or dangerous. For example, in 1999, in another unreported decision, U.S. District Judge David Russell in Taylor v. Lawton Evening Optimist Soccer Association ruled that Ryan Taylor, a 9-year-old with cerebral palsy, could use a walker during league games.