Is it really a family YMCA if everyone in the family can’t participate?

Meet Anthony. Anthony has faced many challenges in his young life; fighting cancer, heart surgeries, and living on the autism spectrum. Often, Anthony feels tense, overly verbal and, at times, aggressive when excessively stimulated. Many traditional public spaces present a challenge for Anthony and others like him.

Anthony’s experience is not unique. The PEW Research Center estimates that 12.6 percent of Americans have some form of either physical, intellectual or developmental disability, and in 2018 the CDC reported 1 out of 59 children will be diagnosed with autism. These same people often feel uncomfortable in typical fitness and recreation centers, either because of limited staff training, equipment constraints or non-universal designs. It was this realization, that a significant portion of the community might not have appropriate access to YMCA services, that led local leadership in Fort Wayne to act.

In response to the service gap, the Greater Fort Wayne YMCA conceived a new facility, the Jackson R. Lehman Family YMCA. In a strategic partnership with AWS Foundation, a local public foundation whose mission includes “…helping children and adults with enduring intellectual, developmental and physical disabilities live as independently as possible, be included in the community and function at their highest potential,” the YMCA began to plan a new inclusive wellness center. Through program grants and capital campaign donations, AWS Foundation was instrumental in funding not only the actual building, but also in providing program development and staff inclusiveness training support.

The team at AWS Foundation was also key in helping the architects identify and address some of the unique challenges that people with intellectual and developmental disabilities face. In particular the aim was to address those on community members on the autism spectrum. Some of the suggestions included the creation of a calming, relaxed atmosphere and the expanded addition of universally adaptable equipment.

“I am so appreciative of the support that the Y has shown me and my I am grateful for the effort the Y has shown, to come alongside our family through Anthony’s challenges to support us. Anthony's experiences at the Y and in the Sensory Room support his continued growth.” Katrina (Anthony’s Mom)

One of the most notable initiatives undertaken was the creation of a Sensory Room, which is open to the general public. This space allows those struggling with sensory input overload to control the lighting and sounds inside the area to create an environment of relaxation and improved focus.

Other facility responses to the Foundation’s suggestions include: LED color changing lighting in the pool vessel and the steam room, increased acoustical dampening in the natatorium, finger protection at many of the door jambs, adult-sized/permanent changing tables in the family locker rooms, separate private changing areas, stripes along the indoor walking track to assist individuals with Parkinson’s ambulate more successfully, and the elimination of all lifts in favor of ramps into each pool. The sum total of these small changes is a facility that the community immediately recognized and accepted as inclusive.

The Jackson R. Lehman Family YMCA has been extremely well-received by the community. Originally planned for a membership of 11,000, the center now boasts 13,500 after just 18 months of operation. This particular Y has become known as the “accepting Y,” and as such, registration in such programs as Silver Sneakers has skyrocketed beyond expectations.

An unforeseen consequence of this success is the desire of the members that the building continue to become even more universal and inclusive. Recent suggestions being evaluated include the addition of handrails at all major corridors and parking areas for wheelchairs/scooters.

The facility’s success has also led to the Y planning its next few inclusive projects, which may include an outdoor pool with zero-depth entry and barrier-free play features, as well as a Respite House, designed for use by family members to decompress from the stress of caring for loved ones dealing with disabilities.

The success of the Jackson R. Lehman Family YMCA, and its mission to serve the entire community is a testament to the power of doing the right thing.

Tom Salzer is co-founder and president of Bona Vita Architecture. 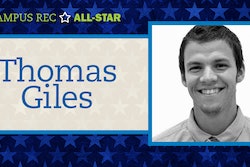 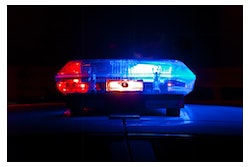 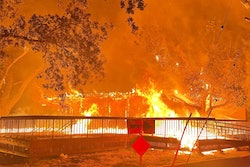