Continuing To Keep An Eye On Enrollment Trends | Athletic Business

By Erin O'Sullivan, director of advocacy & strategic partnerships at NIRSA

While life on campus returns to largely in-person activities, considerations about who is – and isn’t – on campus are top of mind. There has been much talk about having “two freshman classes” – since current sophomores spent most of their first college year in a virtual setting – as well as how enrollment and retention are tracking.

Recent preliminary data from the U.S. Department of Education’s National Center for Education Statistics show an overall enrollment, retention, and employment drop in Fall 2020, with community and two-year colleges being hit hardest. Other reports have indicated that COVID era enrollment and retention drops have hit men and students graduating from lower-income high schools the hardest.

For those interested in a more in-depth look at the data, the National Student Clearinghouse Research Center website, linked above, offers detailed data broken down by freshman enrollment, state, overall student demographics, sector and selectivity of school, and major fields among other areas. They anticipate a second Fall 2021 report to be released in November, followed by a final Fall 2021 report in December.

While there are, of course, variances across sector and geographic regions of the country, the overall trends are something all higher education professionals should continue to plan for and monitor, since campus programs and facility operations benefit greatly from knowing the community being served.

The Western Interstate Commission for Higher Education (WICHE) released their 10th edition of the Knocking at the College Door report, which examines high school graduation data from across the US, a few months before the COVID-19 pandemic began impacting all levels of education.

WICHE continues to monitor COVID’s impacts on high school graduates and any potential impacts on its current projections, which currently look out to 2037. One such example is its “COVID-19 and Public High School Enrollments and Graduates” insight report, which looks at public high school records for 19 states over the past two years to try to get some early insights.

Key takeaways from the report include:

“The Increasing Nuance in the Racial and Ethnic Identity of US West Youth Populations, 2010-2020” report

For those in the western half of the US, WICHE has also released a new report utilizing 2020 US Census data – “The Increasing Nuance in the Racial and Ethnic Identity of US West Youth Populations, 2010-2020.” While the overall youth population has declined in this region, that decline is concentrated to several states and “driven by fewer single-race non-Hispanic white youth.” In most states, the youth who identify as Hispanic or multi-racial grew by a rate that partially or even wholly off sets that decline.

In this report, WICHE uses census data to show “how the racial and ethnic identities of Hispanic youth may not be as monolithic as implied by the category of “Hispanic”, and the varied racial and ethnic identities of the expanding multiracial youth population—nuances that are not as fully described by most aggregated education data,” including WICHE’s own Knocking at the College Door reports and data from the National Center for Education Statistics.

Our campuses, and by extension our programs, offerings, and even department structures, were designed in a particular model. That model may no longer make sense in our current and emerging context. Navigating the changes coming to higher education in the near future will require embracing new ways of thinking and doing, as well as a systemic reexamination of who our structures and offerings are designed by and for.

Student success has long been a central tenant of recreation and this profession’s pursuits. We know that wellbeing – with all its individual and community components – is key factor in that success. Further, enrollment is only one piece of the puzzle; retention, as campus recreation has so long been attuned to, will be even more critical moving forward.

Just after the 10th Edition of the Knocking at the College Door report came out, scholar Nathan Grawe published his second book, The Agile College, taking a deep dive into demographics and college enrollment trend. As he notes in an Inside Higher Ed interview about the book:

“Retention initiatives will be incredibly important in coming years. If higher education were to reduce attrition by even 25 percent, we would offset much of the potential losses associated with declining student pools. Such work also plays a central role in efforts to promote access. While matriculation rates for the fall following high school graduation are an important benchmark, we obviously aspire to more than simply bringing students to campus — we want to nurture them through graduation and launch them into meaningful lives beyond college. So, as we pursue equity in access, attention to student success will become even more important.”

Erin O'Sullivan is currently the Director of Advocacy & Strategic Partnerships at NIRSA. 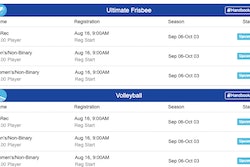