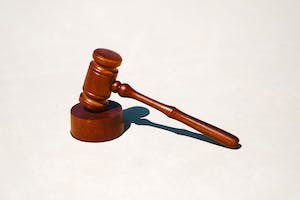 A juvenile in Alabama who was allegedly caught during an act of vandalism in a city park bathroom is connected to 28 other incidents, police said.

The Cullman Tribune reported that the Cullman Police Department announced this week that detectives had a suspect in custody in connection with a rash of vandalism incidents stretching across the city.

CPD Public Relations Officer Adam Clark told the Cullman Tribune that an unknown juvenile male had been vandalizing Cullman City parks — and other businesses — in a total of 29 incidents over recent weeks.

“Thomason and Shikle have been conducting surveillance at Cullman City Parks and caught the suspect actively vandalizing the restrooms,” Clark said, according to the newspaper. “The suspect will be charged through Juvenile court and has been trespassed from all Cullman City Parks to include the new Water Park opening this year and any other future parks that are built by the City of Cullman.”

Nathan Anderson, director of Cullman City Parks Recreation & Sports Tourism, said the department is thankful for the hard work of the CPD to end the vandalism at one of the newest parks.

“The Connected Playground at Ingle Park is a true testament of our community pulling together to ensure that Cullman is home to an all-inclusive playground that children of all abilities can enjoy and feel connected to,” Anderson said, the Cullman Tribune reported. “We are thankful for our law enforcement officers who assisted us in locating the individual who was vandalizing this park. The value, beauty and safety of our parks are always top of mind.”

A trend that has spread throughout communities via social media, called "devious licks," started as a hashtag on TikTok and has been linked to acts of vandalism in public park areas and in school bathrooms. Young people vandalize their own school or public bathrooms, breaking fixtures, marking walls with graffiti and stealing property and goods.