A South Carolina community rec center is under scrutiny after several citizens spoke out during a recent county council meeting, calling the facility unsafe.

The 1919-era Hampton County Recreation Department is a former school gymnasium in Varnvillle. Zoe McCrary who returned to the area after college to expose kids to arts and culture was surprised to find the facility in horrible condition.

"We have not updated that facility in 25 years and it's not safe," McCrary said, according to Bluffton Today, adding "Why are we raising our children in this county to leave, when we should be raising them to come back?"

Maggie Knox, a member of the Hampton County Citizens for Active Restoration as well as the H.C. Republican Party, noted that there is black mold in the building and exposed wiring. Knox is calling on council members to conduct a forensic audit of the more than $3.5 million in restricted capital projects funds that Hampton County official recently admitted they misspent in their operations.

"Since you failed to do what the voters asked for, now is the time for the voters of Hampton County to decide if they want four more years of this miserable leadership," Randy Vaughn, also a member of HCCAR and Recreation Now, said. "You misspent the money and you can come up with every excuse known to man and it doesn’t change a thing. You didn’t do what the people asked you to do and you need to take responsibility for that inaction. We are not the enemy, but we will fight to the end to see citizens get what they paid for."

Tania Peeples, former Recreation Department director, held a PowerPoint presentation to go over the conditions in the building.

"We need a new recreation building," Peeples said. "This one is crumbling... This is a huge liability, an accident waiting to happen." She added that during her tenure she put in multiple work orders for repairs, which she said were seldom done.

Camille Mixson Welch, who is running for a seat on the H.C. Council, showed a copy of Hampton County's dilapidated building ordinance and stated that the county is actually violating its own ordinance. She also suggested alternate sites for a new facility.

"The community, schools and churches need to step forward to provide for our kids since the council has failed so miserably," added Welch. "Excuse time is over. It's time to do the right thing. 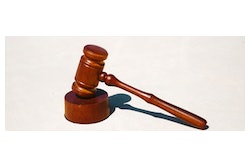 Check out these fitness, aquatics and technology products from the June 2022 issue of Athletic Business magazine...
June 22, 2022
Rec Center

A man in Virginia is facing charges related to an unlawful-filming investigation at a recreation center, authorities said
June 16, 2022
Rec Center

In its 2021-24 Strategic Plan, NIRSA “committed to becoming an anti-racist organization that empowers its members to be actively engaged in the work to create anti-racist campus communities and dismantle systemic racism...
June 8, 2022
Rec Center

“If you think about peewee football, or Little League Baseball, we’re building that, but for people who like video games,” says Erich Bao, who developed his passion for video gaming into his own company, GGLeagues. The company helps parks departments...
June 7, 2022
Rec Center

2021, NIRSA partnered with 122 Consulting to embark on a climate assessment initiative with the aim of gathering data about the ways members were experiencing the Association through a lens of justice, diversity, equity, and inclusion. Over the...
June 1, 2022
Rec Center

​​​​An investigation into the city of Saratoga Springs (N.Y.) Parks & Recreation Department found that a list of residents' email addresses meant only for the city's rec staff was improperly accessed by former elected officials...
May 18, 2022
Rec Center

Over the past two years, managing campus recreation equipment — everything from cardio and strength equipment, to basketballs and volleyballs, to outdoor gear such as tents and skis — has changed in previously unimaginable ways...
May 11, 2022
Page 1 of 72
Next Page
Buyer's Guide
Information on more than 3,000 companies, sorted by category. Listings are updated daily.
Learn More
AB Show 2022 in Orlando
AB Show is a solution-focused event for athletics, fitness, recreation and military professionals.
Learn More