Of the 13 schools in the report, Ohio State, which fields more teams and more athletes than any other school in the conference, led the pack in spending, doling out $221 million on athletics. Michigan was second in spending at $191 million. The Purdue Boilermakers were the tightest in the spending out of all the schools at $102 million.

In total, the Big Ten reported expenses of $1.81 billion during the 2018-19 school year, up 4.6 percent from $1.73 billion a year earlier. Cleveland.com collected the information from school reports filed with the NCAA.

Northwestern, which is a private school, does not share its NCAA financial reports and was not figured into the reporting.

The equivalent of 4,231 scholarships were split among 6,752 athletes.

Cleveland.com breaks down the schools’ revenue sources gleaned from the reports in the following way: 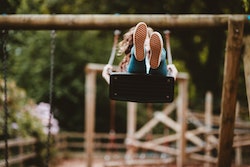