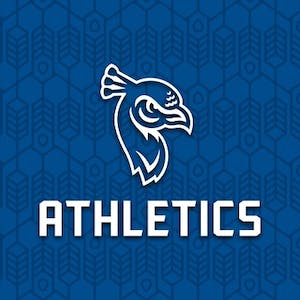 When budgetary restraints kept the Saint Peter’s University cheerleading squad from joining the men’s basketball team after the Peacocks advanced to the Sweet Sixteen, a poultry-themed streaming service stepped in to help.

After Saint Peter's  — a private Jesuit university in Jersey City, N.J. — historic upset over Kentucky on Thursday, the Peacocks basketball team advanced to play Murray State in Indianapolis on Saturday night. But the cheerleaders weren’t able to travel with them because of funding, WTHR-TV reported.

Saint Peter's Athletics tweeted photos of the cheerleaders wishing the team luck and saying, "wishing we could be there in person!"

Streaming platform Peacock TV responded to the cheer tweet, telling the squad to pack their bags because they were being flown to Indianapolis.

"What?! Birds of a feather MUST flock together. Pack your bags Spirit Squad. We're getting you to the game. Can you be ready in...a few hours?! We're making this happen. #PeacockProud," the tweet said.

That tweet was dated 11:27 p.m. Saturday. By noon the squad had loaded onto a bus to start their travels to Indianapolis, WTHR-TV reported.

By 5 p.m., the squad had arrived in Circle City and headed to their hotel, where they held a pep rally ahead of Saturday's big game.

The Peacocks are the 10th team to pull off an upset as a No. 15 seed. Last year there was another 15-over-2 upset when Oral Roberts beat Ohio State.

St. Peter's was LIVE after making it to the Sweet 16 🔥