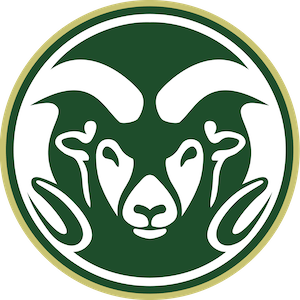 CSU provided details to the Fort Collins Coloradoan, not made public before, about how the university plans to pay for the nearly $2 million buyout for Norvell, who was recently hired away from the University of Nevada, and $3 million for fired Steve Addazio.

Here is a breakdown of how the buyouts will be covered:

CSU president Joyce McConnell said in an email response through a spokesperson that the university's funding sources were authorized by the system's Board of Governors to pay $3.6 million of the buyouts. The remaining $1.3 million of Norvell's buyout will be paid through the athletic department.

The board approved the sale of the former Hughes property to the city of Fort Collins for $12.5 million in late December.

Per CSU's agreement in the Dec. 2 firing of Addazio, his annual future earnings as a college football coach will be deducted from his buyout. Those funds will first be used to return funds to the board reserves and then to the stadium reserves, according to CSU.

Addazio's base salary in 2021 was $1.55 million. He was hired as Texas A&M's offensive line coach in January, but his salary has not been announced. His predecessor at the coaching position was paid $720,000 per USA TODAY's college coaching database, but Addazio's salary is expected to be lower.

When Norvell was hired, CSU released contract details, including annual base salary, bonus incentives and how much CSU or the coach would pay if the five-year contract were terminated before its end.

At that time, Nevada Sports Net reported Norvell and CSU would owe Nevada a buyout of $1,979,154, but it did not specify how much each would pay until CSU recently confirmed the buyout details.

CSU last week sent the Coloradoan its term sheet agreement with Norvell, which was signed by both parties Dec. 5. It states the university will pay Nevada $600,000 of Norvell's buyout. CSU also paid Nevada roughly $1.3 million, all of which Norvell will repay CSU through a promissory note over the length of his contract.

As reported by Miles Blumhardt of the Coloradoan, Norvell has agreed to a five-year contract, with a $1.6 million salary in 2022 and that figure increasing $100,000 each of the next four seasons. Norvell can make more by reaching benchmarks of several performance-based bonuses.

His payment for the Nevada buyout would reduce his annual salary each year by $260,000. Still, that leaves him at $1.34 million his first year at CSU, which is more than double his $619,250 base salary in 2021 at Nevada, where he was the lowest-paid football coach in the Mountain West.

If Norvell were to leave CSU for any reason before that promissory note is paid off, the remaining amount owed may be accelerated, according to the terms.