Despite the challenges presented by the COVID-19 pandemic, the University of Michigan athletic department expects to finish the current fiscal year with its budget in balance, and projects a balanced budget for the new FY beginning July 1, the university announced Thursday.

UM athletic director Warde Manuel presented the numbers in a meeting with the Board of Regents.

Projections for the 2023 fiscal year are forecasting the largest athletic department budget in school history at $201.9 million, according to figures shared by Manuel at the meeting. But projected revenues are expected to match that figure and, if realized, would allow U-M to finish without an operating deficit for the second consecutive year.

Looking ahead to the 2022-23 operating budget, the largest in school history, according to the Detroit Free Press, the athletic department projects a balanced budget based on operating revenues of $210.9 million and operating expenses of $201.9 million.

Elements of the new budget are as follows:

• Financial aid expenses are projected to increase by $4.2 million in as a result of additional education-related benefits for student-athletes and tuition increases.

• Team and game expenses are projected to increase by $3.7 million due to an increase in football non-conference guarantee payments, expenses associated with hosting an additional home football game and increases in other various expenses related to the support of the university's teams and student-athletes.

“And I do thank this board,” Manuel said at Thursday’s meeting, as reported by the Free Press. “I do thank president [Mary Sue] Coleman and my colleagues for the support. That which you have seen could not have been done without your support and your encouragement to keep moving through. Particularly when two years ago I presented a budget that had, I think, a $60 million deficit. And you guys were there for us, (you) were there for this entire university.”

Addressing the debt with a loan from the university and a withdrawal from the department’s reserve allowed Michigan to zero its budget for the 2022 fiscal year, the Free Press reported. 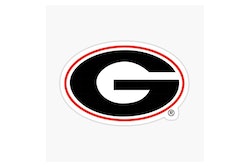 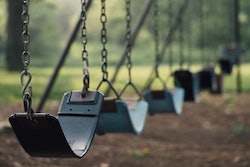