The vice president of the board of education serving Bowling Green (Ohio) High School is sick of hearing the snide “that’s just Bowling Green” comments from visiting teams about substandard BGHS athletic facilities.

That's why Ryan Myers introduced a proposal Tuesday evening to send 100 percent of the “pay to participate” money that the school collects to a separate fund over which the athletic director has full spending discretion.

As reported by BG Independent News, the board voted 4-1 in favor of no longer sending the pay-to-play money into the district’s general fund. The lone vote against the change was cast  by Tracy Hovest, who said she supported the new direction of the athletic department, but had concerns about setting a bad precedent.

Myers and Hovest both serve on the district’s athletic advisory board, and both like the changes they’ve seen implemented by athletic director Michele Wolf — including creating a leadership program for athletes.

“I believe we have one of, if not the best athletic director in the area,” Myers said. “Let Michele do what we hired her to do.”

To allow Wolf to implement her ideas, Myers suggested the pay-to-play funds no longer go into the district’s general fund.

“I want that going directly into the betterment of athletics,” he said. “I firmly believe Michele is the person to turn this ship around.”

Myers said it bothers him to see the tennis courts that flood on dry days, the substandard baseball and softball facilities, and the young athletes wearing varsity uniforms that were new a decade ago.

“That’s not acceptable to me. It makes me sick to see these things,” Myers said. “We’re light years behind just to catch up with other teams.”

If a parent pays $75 for a child to play a sport, that money shouldn’t go into the general fund, he said.

According to Wolf, the pay-to-play fees brought in about $50,000 last year.

While the board’s action Tuesday evening won’t mean more money for athletics, it will mean that Wolf can be in charge of how that $50,000 or so is spent, BG Independent News reported.

Wolf told the board that she operated with a “bare bones budget” last year, with no revenue coming in from sports passes during COVID restrictions. Wolf said she used Elementary and Secondary School Emergency Relief funds to buy new uniforms for student-athletes.

Other board members supported the shift of the funds. Norm Geer shared Myers’ concerns about the district’s athletic facilities in “great disrepair.” Geer also said he trusted Wolf to use the funds for the best purpose.

Ginny Stewart said she is also tired of hearing people say “that’s just Bowling Green” about the athletic facilities, and agreed that Wolf should be given an opportunity to use the funds as she sees fit.

“I believe she is trying to take this district in a better direction,” Stewart said.

Hovest said she also wants to see improvements made to the athletic program, but that doesn’t mean the funds need to be handed over to Wolf.

“I want those things addressed,” Hovest said about athletic facilities, adding, “We have school buildings that need the same issues addressed.”

Ultimately, the money in the general fund determines how often the district needs to go back to voters for tax levies, she said.

Schuller told the board she would prefer the pay-to-play money not be shifted to a separate account. The district is plugging away at improvements when funding is available, she said. “At the end of the day, the general fund is going to subsidize athletics,” Schuller said. 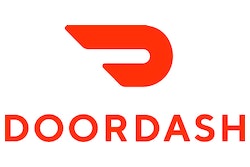 SoulCycle has announced this week it would close multiple locations across the U.S., and Peloton has announced thousands of layoffs this year...
August 18, 2022
Page 1 of 38
Next Page
Buyer's Guide
Information on more than 3,000 companies, sorted by category. Listings are updated daily.
Learn More
AB Show 2022 in Orlando
AB Show is a solution-focused event for athletics, fitness, recreation and military professionals.
Learn More