TURNER -- Leavitt Area High School Principal Eben Shaw presented the board with a cost comparison for athletic expenses from 12 other high schools at Thursday night's meeting.

Leavitt's budget has held steady at $32,000 for the past several years, according to Business Administrator Deb Roberts. The school board showed a keen interest in reducing that number.

Shaw explained that some of the expenses are non-negotiable, such as game officials who charge $30 to $50 per game. The official timekeeper is paid $30 per game, and security is paid $17 per hour.

Director Peter Ricker said, "I think that many of these positions could be covered by volunteers," referring to ticket takers and members of the chain gang.

Shaw said he wouldn't have students handling cash without adult supervision. He also pointed out that volunteers may not be keen to turn out for the games, "when it's 40 degrees and raining outside."

Tripp Middle School Principal Gail Marine said, "We have had football games delayed when we could not find people for the chain gang."

Chairwoman Betsy Bullard encouraged Shaw to come up with other creative ways to save money.

The board also unanimously approved Del Peavey as director of special education. She will replace Deborah Alden, who has accepted a position as superintendent of Regional School Unit 10.

Peavey is the special education director at Regional School Unit 11 in Gardiner.

Leeds Central School Principal Danielle Harris gave a PowerPoint presentation of her recent time at Teachers College in New York City. She shared the recommendation that every child read for 90 minutes a day to ensure academic achievement across the board.

The board agreed to attempt to keep the district's towns informed as they move into next year's budget process, so they will have an idea of what their responsibility will be.

"As long as they know it's a rough estimate," Deb Roberts cautioned.

Brandt will release a newsletter with material contributed by the principals, directors, and board chairman designed to increase communication with parents and community members. She plans to distribute it three times a year. 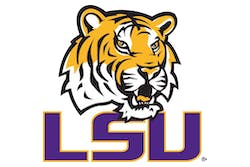