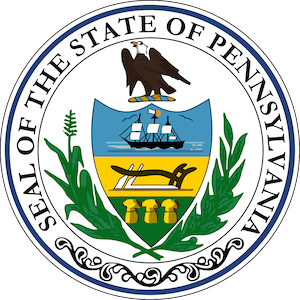 Pennsylvania became the latest in a growing number of states that have at least tried to prevent transgender girls from competing in girls' school sports, as its House Education Committee on Tuesday passed the "Save Women's Sports Act."

As reported by public radio station WESA in Pittsburgh, the 15-9 party-line vote advanced the bill so it can be considered by the Republican-majority chamber. It would restrict players to male or female teams based on their reproductive organs, biology or genetics at birth. Lawmakers in at least a dozen other states have taken similar measures.

The Pennsylvania bill says athletic teams designated for women or girls may not be open to “students of the male sex,” and would give students and schools a route to sue if they feel harmed by violations of that rule. It covers K-12 school teams, college sports, intramurals and club teams sponsored by school entities, according to WESA.

“No one should be forcing biological females to compete against biological males,” said bill cosponsor Rep. Martina White, R-Philadelphia, before the vote. "It is patently wrong and unfair.”

In a co-sponsorship memo, White and four other Republican women in the House argued that “allowing biological males to compete in girls sports” reverses some five decades of advancement toward equal athletic opportunities for women.

Republican governors in Utah and Indiana this month vetoed legislation to ban transgender players from girls' sports, as the chief executives said bans address a problem that is virtually nonexistent in their states and a distraction to broader efforts toward a conservative agenda.

Recent focus on the issue has been on University of Pennsylvania swimmer Lia Thomas, a trans woman who won a title at the national NCAA Women's Division I championship nearly two weeks ago.

Rep. Mary Isaacson of Philadelphia, a Democrat on the committee, said athletes' eligibility should be addressed by their sports' governing bodies.

“We're sticking our nose in and trying to impose how we feel — apparently some of you feel — women should be treated,” Isaacson said. “I think all women should be lifted up and supported, regardless of what others might deem them to be. And I know this bill only attacks women, and trans girls specifically. I'm not in the business of going after our gender.”

The NCAA has a sport-by-sport policy that sets transgender participation by the national governing body of that sport, subject to review by its Committee on Competitive Safeguards and Medical Aspects of Sports.

The Pennsylvania Interscholastic Athletic Association leaves decisions about transgender athletes to their principals.