From lawsuits by parents contesting school inclusion policies to presidential proclamations banning military service, the issues surrounding transgender individuals have come to the forefront in the United States. 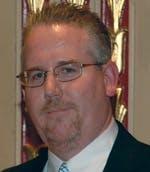 Paul Anderson is a professor and director of the sports law program and National Sports Law Institute at Marquette University Law School.

Transgender individuals are those whose gender identity differs from the sex they are assigned at birth. Most estimates find between 0.3 and 0.6 percent of the population identify as transgender. The frequency of related legal claims has spiked recently as parents have sued to stop policies allowing transgender students to access school bathrooms that match their gender identity, arguing that these policies violate the privacy rights of their children.

Discomfort zone
On Feb. 25, 2015, Cormier went to Planet Fitness and upon entering the women's locker room saw what she described as a "large, tall man who was also inside the common area." Cormier did not feel comfortable about being in the same locker room as a man and went to the front desk to complain.

The desk employee told her that it was company policy to allow individuals to have full access to the facility based on their self-identified sex.

Planet Fitness is known for its "Judgement Free Zone" mantra of providing a welcoming environment for all members. Its gender identity non-discrimination policy states that members and guests may use all gym facilities based on their sincere self-reported gender identity.

This policy follows sport and fitness organizations that have been proactive in creating policies of inclusion for transgender individuals. In 2011, the NCAA created its Transgender Inclusion Policy, and soon after, many state high school athletic associations began to institute similar policies. In 2016, YMCAs in Chicago instituted a protocol allowing individuals access to restrooms that match their gender identity.

More from AB: Designing Public Locker Rooms with an Eye on Privacy 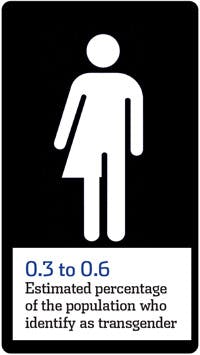 This movement stems from guidance put out by the U.S. Department of Education's Office for Civil Rights under its responsibility to enforce Title IX, culminating in letters in 2015 and 2016 that require schools to treat transgender students in a manner consistent with their gender identity. The target of litigation led by the State of Texas, this guidance was eventually rescinded by the OCR in 2017.

However, schools and athletic programs continue to allow transgender students access to locker rooms as part of their efforts to allow them to participate in the full educational experience. Parents continue to sue claiming that this access violates their children's right to privacy. Only the United States Court of Appeals for the Seventh Circuit has ruled in support of these policies in Whitaker v. Kenosha Unified School Dist., 838 F.3d 1034 (7th Cir. 2017).

Title IX, a federal education law that only applies to recipients of federal funding, has driven this movement toward inclusion of transgender individuals in sport, and thus has no application to organizations such as the NCAA or Planet Fitness. It also does not answer Yvette Cormier's concerns.

Policy and privacy
Shocked by her experience, Cormier felt she had not been warned about the possibility of "sharing a bathroom with a man." For several days after her encounter she told other female Planet Fitness members that they should watch out for men in the locker room. Eventually Planet Fitness contacted her and asked her to stop. When she refused, the gym terminated her membership.

Cormier sued, arguing that Planet Fitness's conduct and policy violated her right to privacy, subjected her to sexual harassment under Michigan law, and breached her membership agreement. On Jan. 1, 2016, the circuit court found that a locker room is a place where individuals necessarily have a lessened sense of privacy, and that she willingly left. Therefore, she had not alleged any intrusion on her right to privacy and had not been harassed [Cormier v. PF Fitness – Midland, LLC, et. al., Case No.: 15-2463-NZ-B (C.Ct. Midland Cty., Jan 1, 2016)].

She also signed a membership agreement wherein she agreed to standard release language and to follow Planet Fitness policies, and wherein it was noted that Planet Fitness could change or modify policies at any time. The agreement also authorized oral notification of policy changes and allowed Planet Fitness to immediately terminate members who did not comply. Noting that she was told about the policy when she complained, and that Planet Fitness gave her the opportunity to follow it before terminating her membership, the court again denied her claims. She appealed, but on June 1, 2017, the Court of Appeals affirmed the decision denying her claims [Cormier v. PT-Fitness-Midlands, LLC, No. 331286 (June 1, 2017 Ct. App. Mich.)]
.

Future inclusion
The issue of transgender access to sport and fitness facilities is not going away. However, this case should give some assurance to sports administrators in the process of developing inclusive policies. A strong membership agreement will usually be supported in court. Even Planet Fitness' open-ended language was enough to lead the court to find that it had not violated the membership agreement. Organizations that create inclusive policies should consider backing up such policies in practice, as Planet Fitness has done with its support of efforts to combat bullying in teens, among other national initiatives.

Sports administrators outside of the educational context do not yet need to feel compelled by law to create inclusive membership policies, as federal laws such as Title IX do not apply to them, but they should consider their customers' interests. Although the number of transgender individuals who become members is not likely to increase in the foreseeable future, most studies show that a slight majority of Americans support transgender access.

Perhaps more importantly, younger Americans, who may be a large proportion of current and future membership, have led the way in pushing for transgender individuals to be treated equally. As sport and fitness organizations seek to create an environment that will draw these customers, inclusive policies may be an expectation they need to meet.

This article originally appeared in the October 2017 issue of Athletic Business with the title "Planet Fitness complaint: Club's transgender policy withstands challenge." Athletic Business is a free magazine for professionals in the athletic, fitness and recreation industry. Click here to subscribe.