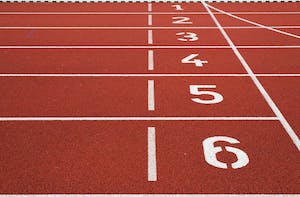 A former distance runner is suing Nike and her former coach, Alberto Salazar, for $20 million over allegations of emotional and physical abuse.

Mary Cain originally revealed the allegations in a New York Times piece back in 2019. She alleges that Salazar, who was coach for the Nike Oregon Project, forced her to continue to lose weight, while shaming her in front of others, including his all-male staff, when she didn’t.

As a result of Salazar’s abuse, Cain began having suicidal thoughts and started to harm herself.

The lawsuit that was filed Monday claims that Salazar was aware of Cain’s problems and did nothing to help.

According to Cain, Salazar pushed her to train while she was suffering from painful and debilitating injuries. Cain developed an eating disorder, began self-harming herself and sometimes experienced panic attacks while training. The lawsuit alleges that Salazar knew all of this was happening and did nothing to help.

"Salazar teased her about being emotional, and did so in front of other people, accusing her of being weak because she could not control her emotions," the lawsuit said, according to Yahoo Sports.

Cain claims that Nike was indifferent to her struggles and did nothing to help. Eight other members of the Nike Oregon Project confirmed Cain’s allegations.