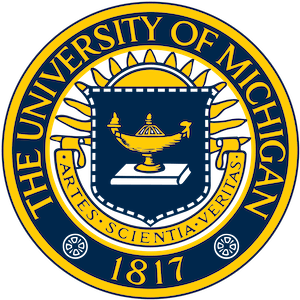 A stipulation in the University of Michigan's $490 million settlement with abuse survivors announced Wednesday — that a protest outside the university president's campus residence must end — has some survivors outraged.

“That’s a job not finished," Tad DeLuca, a former wrestler who lost his scholarship after reporting his experience of sexual abuse by physician Robert Anderson in 1975, told ABC affiliate WXYZ in Detroit. "That bothers me.”

Related: U. of Michigan Reaches $490M Settlement in Abuse Case

DeLuca had sought Anderson's help for a shoulder injury, but was told to drop his pants. His visit then included rectal and testicular exams, according to DeLuca, who says he believes sex assault and inappropriate behaviors continue on campus to this day based on stories he's heard while protesting. “All the way up to the president’s office, you have things going on that are wrong,” he said.

He told NBC affiliate WDIV, “We’re here to change the culture on campus. Too many students, too many students, my kids, my daughter’s age and younger, are here talking about their rapes, both male and female. And it just became, it just kind of took us over. We’ve got to change this.”

As reported by WXYZ, the university's board of regents fired president Mark Schlissel last week, alleging he had an inappropriate relationship with a subordinate employee.

“Once approved, we hope the settlement will continue the healing process for survivors,” regents chair Jordan Acker said in a statement via Zoom. Acker said $460 million of the settlement will go to current claimants, with another $30 million set aside for other victims expected to come forward. He added that the university was working to improve systems to protect students and staff from abuse. He did not take questions.

Some survivors of Anderson, who worked for Michigan as a team physician from 1968 to 2003 before dying in 2008, have camped in front of the president's home for more than 100 days.

“What is remarkable is we have over a thousand survivors of sex abuse who refused to be silent,” said attorney Parker Stinar, who represents many survivors in the settlement.

Stinar says that because of current claimants, a university investigation found inadequate policies had allowed Anderson to molest patients, often during inappropriate and unneeded exams, over the course of his 37 years on the Ann Arbor campus.

And some survivors are still paying a price. DeLuca, whose second letter to university administration, delivered in 2018, finally sparked action, told WDIV about Chuck Christian, a former football player whose battle with prostate cancer may have been compromised by his aversion to medical treatment in the wake of his Anderson abuse.

"Chuck is dying,” Deluca said. “And there are other guys that have probably died before Chuck too soon, and there’s gonna be people after chuck that died too soon.”

To become final, the settlement must be approved by 98 percent of claimants, WXYZ reported.