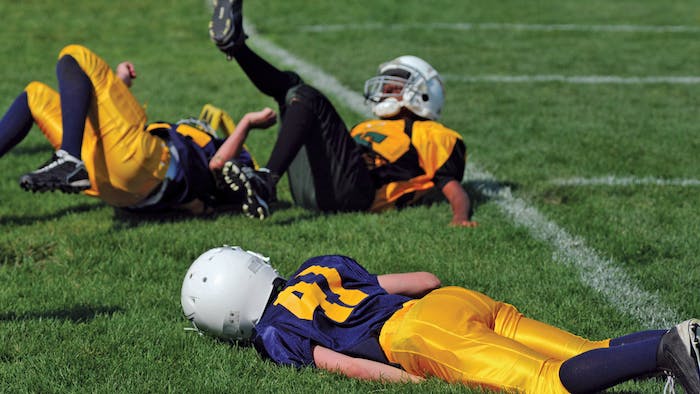 Among the biggest issues facing sports administrators over the past decade is the long-term effects on athletes of concussions and subconcussive blows to the head. From youth sports to the professional level, leagues and organizations have taken steps to prevent their players from suffering — or from exacerbating the adverse impacts of — head injuries. The most common step is to implement concussion management protocols requiring athletes to be evaluated and cleared by a physician or athletic trainer before an athlete suspected of a head injury can return to play.

While professional teams and college programs have large medical staffs to oversee concussion management protocols, at the high school and youth sports levels, the responsibilities to assess injuries — especially head injuries — typically fall to coaches. What happens when a coach fails to follow proper protocol? This was the question posed in Sarah Wood v. Horry County School District, Case No. 2017CP2606643.

Logan Wood was playing in a football game for Myrtle Beach (S.C.) Middle School. Near the end of the first half, Wood was hit by multiple players. Following the hit, he told his teammates and coaches that he was having difficulty with his balance. In addition, Wood was suffering from confusion and visual impairment.

Even though Wood’s symptoms continued after halftime, and despite his obvious signs of head trauma, the coaches did not take Wood out of the game. During the third quarter, he was hit multiple times. Before the game concluded, Wood could be seen staggering down the sidelines and attempting to continue plays even after the whistle had blown them dead.

However, at no point was Wood removed from the game by any coaches or game officials. After the game, Wood was diagnosed with a serious brain injury. As a result of his injuries, Wood was unable to attend classes due to loss of short-term and long-term memory.

Since Wood was still a minor, his mother Sarah Wood filed a lawsuit against the Horry County School District. In particular, Wood argued that the school district had a duty to maintain a reasonably safe environment for athletes on the middle school football team. Since the school district breached that duty, Wood argued that the district was reckless or grossly negligent in the supervision of players by failing to enforce school policies and procedures regarding concussion and head trauma protocols, failing to recognize that Wood had a head injury, failing to remove him from the game and failing to give him treatment.

In support of this argument, Wood pointed to the Horry County School District’s Procedures for Management of Sports-Related Concussion, which stated that “any athlete who has symptoms of a concussion and who is not stable ... is to be transported immediately to the nearest emergency department via ambulance.” In order to help athletic administrators and coaches identify concussion symptoms, the procedure manual lists decreasing level of consciousness, unusual drowsiness, difficulty paying attention, and mental status changes as symptoms of a concussion. If, according to the manual, an athlete suspected of having a concussion is not sent for immediate medical attention, that athlete must be continuously observed until evaluated by a healthcare professional.

In its defense, the Horry County School District claimed immunity under the South Carolina Tort Act. In particular, the district argued that it “had no duty including but not limited to supervision, protection or control of any student except when the responsibility or duty is exercised in a grossly negligent manner” S.C. Code of Laws § 15-78060(25) (2017 Cum. Supp.). The Horry County School District argued that there was no evidence of gross negligence. Gross negligence, the district contended, “is the intentional, conscious failure to do something which is incumbent upon one to do or the doing of a thing intentionally that one ought not to do.” A finding of gross negligence is important, because waivers only protect the school district from ordinary negligence.

The district claimed that it was not liable for any injuries suffered by Wood due to Wood’s express assumption-of-risk waiver, and the implied assumption of risk associated with playing football.

At trial, a jury found two separate occurrences of gross negligence by the Horry County School District that caused Logan Wood’s brain injury. In particular, the jury found that the district acted with gross negligence when it allowed Wood to play without an athletic trainer present for his team, as well as when it failed to assess Wood for signs and symptoms associated with a concussion. Interestingly, the jury did not find the school district acted with gross negligence in failing to train the coaching staff regarding post-concussive syndrome and second-impact syndrome.

In support of its conclusion, the court heard expert testimony from a certified athletic trainer about numerous violations of the standards for acceptable and safe operations in high school and middle school sports. In addition, the court heard from current and former employees and volunteers of the Horry County School District who provided testimony regarding specific deficiencies in the district’s operations and management of sports related to concussions.

In finding that Wood had met the heightened burden of proving gross negligence against the district, the jury in April 2021 awarded Wood $850,000.

In awarding Wood well in excess of a cap established by the South Carolina Tort Claims Act, the jury found that the injuries suffered by Wood were serious and life-altering. The amount was later reduced by the court to $600,000. In reducing the award, the court noted that the jury’s finding of two separate, independent occurrences of gross negligence that caused Logan Wood's brain injury required the application of two caps of $300,000 each, pursuant to the South Carolina Tort Claims Act.

There are some valuable lessons for athletics and school administrators in the jury’s findings in Wood v. Horry County School District. First, even though Wood had to meet the higher legal standard of gross negligence, as opposed to ordinary negligence, the jury found that allowing athletes to compete without an athletic trainer present was enough to meet that heightened standard. Second, the jury made it clear that failing to assess the signs and symptoms associated with a concussion and failing to immediately act to treat the concussion also represents gross negligence. This is especially true when the school district or organization has procedures in place for concussion management and fails to follow them.

Finally, though the jury did not find that the school district acted with gross negligence in failing to train the coaching staff regarding post-concussive syndrome and second-impact syndrome, the known long-term risks associated with concussions dictate that coaches exercise increased caution and care before putting a player back into a game. Caution is especially warranted in states or jurisdictions where the standard of care is ordinary negligence. Under this lower standard, any coach who fails to assess the signs and symptoms associated with a concussion and allows his or her players to return to game action would clearly be liable for injury to those individuals.