Since 1939, Division I men’s basketball teams have competed in March Madness, a single-elimination tournament that culminates in the crowning of a national championship team. The spectacle of March Madness generates significant revenue for event organizers, promoters, venue owners, teams and athletes.  For example, in 2019, the NCAA made approximately $933 million in revenue from media rights fees, ticket sales, corporate sponsorships and television advertisements.

There is, however, always the risk that unforeseen circumstances will force cancellation, postponement, or relocation of a large sporting event such as March Madness. Indeed, according to Peter Williams, global product leader for Live Entertainment at Allianz, one of the insurers for the Final Four of March Madness, the “big ticket” item that insurers are most concerned about during March Madness — the cancellation or postponement of one of the games. The reasons for cancellation of large scale sporting events can vary but insurers are particularly concerned about terrorism and security related issues, weather-related threats and damage, and resulting affects to power.

If March Madness was cancelled or postponed, its event organizers and promoters, venue owners, advertisers, broadcasting organizations, teams, leagues and concessionaries, could suffer considerable loss.  These individuals, entities and anyone else with a financial stake in March Madness should consider if they have event cancellation insurance in place and if so, conduct a thorough review of their event cancellation policies. This is also a reminder for anyone that has a financial stake in March Madness or other large-scale sporting events, that they should consider purchasing event cancellation insurance as terrorism and weather-related losses become more commonplace.

Event cancellation coverage is a specialized form of insurance aimed at providing protection for a wide range of individuals and entities involved in almost any kind of event. Although policy terms can vary, event cancellation policies typically cover the financial losses associated with the interruption, postponement, cancellation, relocation, or abandonment of, as well as reduced attendance, at an event. Coverage is potentially available for cancellations and postponements stemming from a wide variety of perils, including natural disasters, power failure, damage to the leased or rented venue, and denial of access to the venue due to a failure of public transportation.

For coverage to attach, the event must be cancelled because of a peril that is beyond the insured’s control—i.e., fortuitous. Examples of the types of fortuitous perils for which event cancellation policies may provide coverage include, among others;

• natural catastrophes such as earthquakes, floods, and fire;

• interruption of a live broadcast for major breaking news;

• damage to the leased or rented venues;

• terrorism or threat of terrorism; and

• inability of any person (including performers, speakers, and players) to appear at an event.

Event cancellation policies are generally non-standard—terms and conditions very widely from policy to policy—and while many policies insure against a specific list of perils, some may cover all perils not specifically excluded under the policy. Likewise, the types of financial loss covered under an event cancellation policy will depend on the particular terms of the policy.

Common Exclusions That May Limit Coverage

Event cancellation policies contain various exclusions that may preclude coverage in certain circumstances. For example, these policies often exclude coverage for loss that arises out of or otherwise results from:

1) the financial failure of an event, including reduced attendance caused by competing events, poor ticket sales, lack of withdrawal of funds, or insufficient financing

2) lack of audience or public support; a breach of contract by any promoter, sponsor, or organizer

4) the insured’s failure to make all the necessary preliminary arrangements to ensure that the event can be held as scheduled, including all necessary licenses, visas, permits, and authorizations, and ensuring that all contractual arrangements have been confirmed in writing

In addition, some event cancellation policies include an exclusion for various forms of weather. Some policies simply preclude coverage for “adverse weather,” while others specify rain, sleet, and/or snow as excluded from coverage for the cancellation, interruption, or postponement of outdoor events. Still others contain a modified exclusion, precluding coverage for “adverse weather” unless physical damage occurs to the property and facilities to be used for the event.

Further, many event cancellation policies no longer provide terrorism coverage as part of their standard coverage. This is largely because of the cancellation of thousands of events, including theatrical productions, concerts, trade shows, and sporting events, after the September 11, 2001, terrorist attacks.  However, coverage for terrorism is still available in the marketplace and insureds would be well-advised to consider if coverage is warranted. However, the threat of terrorism or sabotage could likewise necessitate the cancellation or postponement of a scheduled event. Consequently, insureds should make sure that their policies cover losses stemming from acts of terrorism and sabotage, as well as threatened acts of terrorism and sabotage.

Event cancellation policies typically include a provision requiring the insured to take all reasonably practical steps to minimize (or mitigate) financial losses resulting from the cancellation, postponement, or interruption of a covered event.  In many cases, this mitigation requirement will lead an insured to reschedule a postponed or interrupted event rather than cancel it altogether.

Because the mitigation requirement is intended to minimize an insured's loss (as well as the amounts paid by the insurer), reasonable mitigation costs should also be included in an insured's claim for coverage. These expenses may include the cost of planning, promoting, and organizing the rescheduled event, as well as the cost of bringing in a substitute performer or athlete.

Following a loss, an insured should pay close attention to all timing-related policy terms. Typically, insureds have a stated amount of time to perform certain tasks under policies, such as providing notice, filing a proof of loss, or filing suit against the insurer. For example, many policies require the insured to submit notice of a loss within a specific number of days—often as few as 30 days following the decision to cancel or postpone an event. Failure to comply with these notice requirements can negatively impact coverage. Thus, insureds should make every effort to provide formal notice within the stated time. This is true even if a cancellation received significant media attention—as would be expected if March Madness was cancelled.

Event cancellation policies will likely also require insureds to provide a detailed proof of loss within a specific time frame. The proof of loss is the documentation and description of the nature of the loss and extent of losses suffered.  Insureds should gather copies of all canceled checks, relevant contracts, invoices and receipts pertaining to amounts paid in connection with the planning and organizing of the canceled or postponed event.

Insureds should also be aware of any timing-related limitations on when to file suit against an insurer. In some cases, the timeframe is dictated by the insurance policy and in others, statute or regulation provide the applicable time period.

When making a claim for coverage, insureds should carefully review all policy terms and conditions to maximize potential coverage and insureds should never make any assumptions about what is covered under their policies. 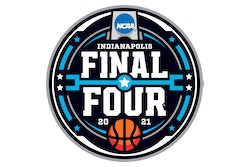 For female athletes, questions that have appeared on the form for decades have gone from merely awkward to controversial in the context of a changing legal landscape surrounding abortion rights and privacy concerns.
October 4, 2022

At Least 174 Killed in Crowd Crush at Indonesian Soccer Match

A massive crowd crush was triggered by police firing tear gas after an Indonesian soccer. The ensuing panic and rush to the exits left at least 174 people dead and hundreds more injured.
October 3, 2022

In November 2017, as the San Francisco 49ers hosted the Seattle Seahawks, a drone flew over Levi’s Stadium in Santa Clara, Calif., and dropped leaflets protesting the media industry on the unsuspecting crowd. That same day, the drone’s operator pulled...
September 27, 2022

The Minnesota Vikings' U.S. Bank Stadium is set for a major security update after the Minnesota Sport Facilities Authority board approved a project to explore options for building a fence around the perimeter of the facility.
September 26, 2022

NFL and college football games in the Seattle area were delayed this weekend after drones were spotted over the Seahawks Lumen Stadium and over Husky Stadium at the University of Washington.
September 26, 2022

Rare is the stadium that hasn't experienced bottlenecks at the gates in this era of heightened safety (think digital tickets) and security (think bag checks and body scans), and Simmons Bank Liberty Stadium, home to the Memphis football team.
September 23, 2022
Page 1 of 218
Next Page
AB Show 2022 in Orlando
AB Show is a solution-focused event for athletics, fitness, recreation and military professionals.
Learn More
Buyer's Guide
Information on more than 3,000 companies, sorted by category. Listings are updated daily.
Learn More