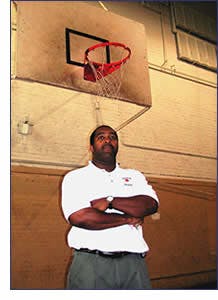 Photo of Roderick JacksonWhile it is the job of the courts to determine the meaning of Congress when it passes a law, until the issue reaches the U.S. Supreme Court, it is not uncommon for there to be differing legal interpretations. Title IX of the Education Amendments of 1972 is no exception.

It was not until the Supreme Court's decision in Cannon v. University of Chicago [441 U.S. 677 (1979)] that the court found a private right of action to enforce its prohibition on intentional sex discrimination under Title IX. In addition, it was not until the Supreme Court decision in Franklin v. Gwinnett County Public Schools [503 U.S. 60 (1992)] that the courts found that Title IX authorizes private parties to seek monetary damages for intentional violations of the law. Finally, it was not until the Supreme Court decisions in Gebser v. Lago Vista Independent School Dist. [524 U.S. 274 (1998)] and Davis v. Monroe County Bd. of Ed. [526 U.S. 629 (1999)] that the courts interpreted Title IX to include intentional sex discrimination in the form of a federal funding recipient's deliberate indifference to a teacher's sexual harassment of a student, as well as to sexual harassment of a student by another student.

In the most recent Title IX case to reach the Supreme Court, Jackson v. Birmingham Board of Education [2005 U.S. LEXIS 2928], the court was asked to determine whether Title IX prohibited employers from retaliating against employees who complain about unequal funding and unequal access to athletic equipment and facilities.

In 1993, Roderick Jackson was hired by the Birmingham school district to serve as a physical education teacher and girls' basketball coach. In 1999, Jackson was transferred to Ensley High School, where he discovered that the girls' team was not receiving equal funding or equal access to athletic equipment and facilities. As a result, Jackson found it difficult to do his job as the team's coach and began complaining to his supervisors. Jackson's complaints to school officials, however, went unanswered and district administrators failed to remedy the situation. Instead, Jackson began to receive negative work evaluations and ultimately was removed as the girls' coach in May 2001.

After the board of education terminated Jackson's coaching duties, he filed suit in Federal District Court. In his lawsuit, Jackson alleged that the board violated Title IX by retaliating against him for protesting discrimination against the girls' basketball team. In its defense, the board moved to dismiss the lawsuit on the grounds that Title IX does not specify claims of retaliation. The District Court granted the board's motion to dismiss, and Jackson appealed.

In upholding the decision of the District Court, the Eleventh Circuit Court also found that Title IX did not provide a private right of action for retaliation. The Eleventh Circuit based its ruling on the fact that nothing in the language of Title IX indicates any congressional concern with retaliation that might be visited on those who complain of Title IX violations. In addition, the court held that Jackson could not recover damages under Title IX, because he was not within the class of persons protected by the statute.

Having lost at both the district and appellate court levels, Jackson appealed to the U.S. Supreme Court. In examining the text of Title IX, the court found that the language broadly prohibits a funding recipient from subjecting any person to discrimination on the basis of sex. Retaliation against a person because that person has complained of sex discrimination, the court ruled, is another form of intentional sex discrimination encompassed by Title IX's private cause of action because the complainant is being subjected to differential treatment. In addition, retaliation is an intentional response to the nature of the complaint: an allegation of sex discrimination.

In rejecting the findings of the Eleventh Circuit Court, the Supreme Court held that its ruling ignored the court's repeated holdings construing discrimination under Title IX broadly. For example, the court noted that even though the statute does not mention sexual harassment, the court held in Franklin that sexual harassment is intentional discrimination encompassed by Title IX's private right of action. Discrimination, the court ruled, is a term that covers a wide range of intentional unequal treatment; by using such a broad term, Congress gave the statute a broad reach and the courts must accord Title IX a sweep as broad as its language.

Similarly, the court swept aside the school board's argument that, even if Title IX's private right of action encompasses discrimination, Jackson is not entitled to invoke it because he is an indirect victim of sex discrimination. Relying on the broad sweep accorded Title IX, the Supreme Court once again ruled that because the statute is broadly worded, it does not require that the victim of the retaliation must also be the victim of the discrimination that is the subject of the original complaint. When the retaliation occurs because the complainant speaks out about sex discrimination, the "on the basis of sex" requirement in Title IX is satisfied.

In support of this finding, the court noted that Congress enacted Title IX not only to prevent the use of federal dollars to support discriminatory practices, but also to provide individual citizens effective protection against those practices. This objective, the court held, would be difficult if not impossible to achieve if persons who complain about sex discrimination did not have effective protection against retaliation. If recipients of federal funding were permitted to retaliate freely, individuals who witnessed discrimination would be hesitant to report it, and all manner of Title IX violations might go unremedied as a result.

Indeed, the court noted, if retaliation were not prohibited, Title IX's enforcement scheme would unravel. Enforcement of Title IX depends on individual reporting, since individuals and agencies may not bring suit under the statute unless the federal funding recipient has received actual notice of the discrimination. Without protection under the law, recipients of federal funding would be able to avoid such notice by retaliating against all those who dared complain. We should not assume that Congress left such a gap in its scheme.

The school board's final argument was that the Supreme Court should not interpret Title IX to prohibit retaliation because the board was not on notice that it could be held liable for retaliating against those who complain of Title IX violations. The court stated that the board was correct in pointing out that because Title IX was enacted as an exercise of Congress' powers under the spending clause, private-damages actions are available only where recipients of federal funding have adequate notice that they could be liable for the conduct at issue. However, the court ruled that recipients of federal funds should have been put on notice by the fact that cases since Cannon have consistently interpreted Title IX's private cause of action broadly to encompass diverse forms of intentional sex discrimination. Indeed, the court held, retaliation cases present an even easier case than deliberate indifference. Retaliation cases are easily attributable to the funding recipient and are always, by definition, intentional.

Although the Supreme Court decision was a closely divided, 5-4 victory for Jackson, the decision should still have a tremendous impact on how schools run their athletic programs. Whistleblowers can now come forward and complain about inequality in facilities or treatment without fear of retaliation. This is important, since teachers and coaches are often in the best position to champion the rights of their students, because they are better able to identify discrimination and bring it to the attention of administrators.

It should be noted that the Supreme Court's decision in Jackson only overturns the ruling of the Eleventh Circuit. The case will now head back to the District Court where, in order for Jackson to prevail, he will have to prove that the board retaliated against him because he complained of sex discrimination.