(Clearwater, FL)  July 17, 2014— Youth team sports is an industry that has proven to grow even in times of financial hardship. According to data collected from research and reports conducted by the Sports and Fitness Industry Association (SFIA), in 2009, sharp declines in sales in all sports sectors occurred, except team sports – and team sports dealers (retailers that specialize in serving organized sports groups such as high schools and leagues) performed better in the recession than main-line sporting goods stores; team uniform sales also grew in 2008, generating wholesale shipments of about $1.2 billion.(1) The Sports Facilities Advisory (SFA), leading resource for the planning and management of community and amateur sports complexes and recreation centers, says the trend has continued in subsequent years as youth and amateur sports and sports tourism have boomed – resulting in sport specialization by youth and leading to increased spending levels across several industries.

53.1% of Generation Z (2000+) participates in a team sport, a number which eclipses that of earlier generations and represents a steadily increasing trend in both participation and spending:

•Team sports participants were less likely to delay spending on “Pay to Play” fees and membership dues, likely showing a stronger dedication to their sport of choice, and an attachment to the social aspect of the game that comes from being on a team and a member of a group or club.

•Team sports participants are most likely to increase their spending on travel to take part in sport/recreation (38%) and team sports outside of school (38%).

•Research demonstrated that when it came to increased spending, some sports sales categories showed a “double positive” – consumers saying they spent more in 2012 and that they plan to spend more in 2013. (1)

SFA Executive Vice President and Principal, Eric Sullivan, attributes the growth of spending on team sports to parents desire to provide much needed structure to kids.  Sullivan says parents know that their kids are better off joining teams for soccer, baseball, basketball, lacrosse and other sports than kids who do not pursue organized interests. The trend, added Sullivan, is likely fueled by numerous factors, such as parents’ desire to see their children succeed and the fear that their kids will otherwise get involved in unhealthy activity. But because most club teams are unaffiliated with schools – instead, they're organized through local programs – they are funded by fees charged to parents and a slow, but steady increase in corporate sponsors.  “Still, added Sullivan, “parents foot the majority of the bill for several spending categories, including:

•Extra gear like equipment bags and backpacks adorned with the team insignia.

In addition, that spending extends itself across several other industries through purchases such as the nutritional supplement and hydration beverages industries, lodging and travel for tournaments, and large hospitals systems with orthopedic services. More to the story, added SFA COO Jason Clement, is the massive investment capital spent on complexes in response to that youth sports trend.

“Billions of dollars are being spent annually in the bond markets and on Wall Street – to date, SFA has worked on a portfolio totaling more than $4 billion in planned and operational assets and the trends continue with up to $1 billion in new facility concepts calling into SFA’s corporate offices every week ,” said Clement. Kevin Smith, Chairman of the Board of the National Association of Sports Commissions (NASC), commented on the apparent explosion of the industry, which he says shows no signs of slowing down:

“Currently, there is a steady spending shift occurring in youth and amateur sports throughout the nation – despite being in an economic recovery period, the youth sports travel industry has thrived in recent years,” said Smith.

While the true financial reach of youth and amateur sports is nearly impossible to predict in terms of investment dollars and economic impact, SFA officials maintain that the industry will continue to be developed in virtually every suburban and urban community, and as a result, there will likely be an increase in the number of collaborations between sports facilities and healthcare providers, retailers, tourism businesses and technology, further professionalizing the industry and leading to new business models where retailers and healthcare providers bring massive amounts of capital to the youth and amateur sports industries.

For more information about the Sports Facilities Advisory and its suite of planning-funding-opening-management services, visit www.sportadvisory.com/home.html.

The Sports Facilities Advisory (SFA) is the leading resource in sports facility planning and management.  The Sports Facilities Advisory has helped to plan, fund, open and manage dozens of multimillion-dollar sports complexes in communities throughout the USA and internationally since its founding in 2003.  The company serves public and private clients.  Its services fall into four main categories:  plan, fund, open and manage, which encompass every phase from early stage feasibility studies to preparing financing documents, overseeing development and opening and full-time management services.  SFA’s success depends upon its mission to dramatically improve communities through the opening or optimization of sports and recreation centers.  For more information, visit www.sportadvisory.com/home.html. 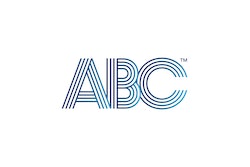 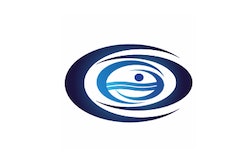 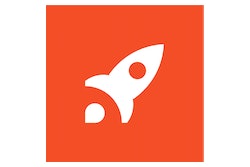 Matrix Fitness, the world’s fastest growing commercial fitness brand, kicked off several initiatives aimed at increasing the awareness of the positive relationship between mental health and exercise, which included announcing a partnership with the John W
June 30, 2022
Page 1 of 346
Next Page
Buyer's Guide
Information on more than 3,000 companies, sorted by category. Listings are updated daily.
Learn More
AB Show 2022 in Orlando
AB Show is a solution-focused event for athletics, fitness, recreation and military professionals.
Learn More