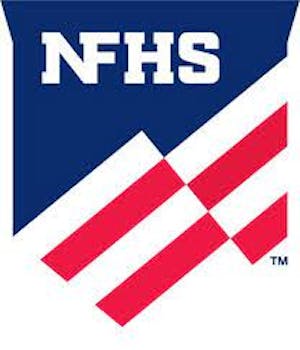 A recent study by the Aspen Institute confirmed previous surveys in the NFHS Case for High School Activities that the No. 1 reason students compete in sports in high school is to have fun, engage in exercise and spend meaningful time with their friends.

Interestingly, a survey 30 years ago by the American Footwear Association revealed the same findings, and that study showed lack of fun was the leading reason for dropping out of sports.

While some of the eight million participants in high school sports are competing in state championships this fall, and a smaller number are looking at potential college scholarships, the vast majority – more than anything else – want to compete on teams with their friends.

The Aspen Institute’s recent survey also revealed an interest on the part of high school students to participate in a wide variety of sports. In addition to sports like football, basketball, track and field, volleyball, soccer and others, respondents indicated a desire to have even more sports offered at school. And, the most recent NFHS participation survey indicates that schools and state associations are providing opportunities for involvement in sports from archery to fencing to rugby and many more.

NFHS participation data indicates that the 19,700 high schools that are associated with the 51 NFHS member associations offered a total of 61 different sports, as well as 17 additional adapted and Unified sports opportunities. State associations currently are conducting state championships in 37 different sports.

And perhaps even more importantly, through participation in those sports and performing arts, student-athletes experience opportunities that cannot be measured through surveys.

In addition to the chance to compete on the court or field – or on the stage or at the podium in performing arts – are the opportunities that high school activity programs provide for teachable moments, life-changing decisions and making a positive impact in communities across the country.

One such community this year was the small town of Fertile, Minnesota, located about 270 miles northwest of Minneapolis. Last year, Jude Olson, a junior on the Fertile-Beltrami High School 9-player football team, was killed in an accident, which shook the approximately 1,000 residents of Fertile.

This year, however, the Fertile-Beltrami football team provided a positive boost to the town with an undefeated regular season and a first-ever trip to the Minnesota State High School League 9-player State Football Championship last weekend at U.S. Bank Stadium in Minneapolis.

According to an article in the Grand Forks (North Dakota) Herald, many of the town’s residents did not have the means to make the five-hour trek to the game. As a result, local businesses and farmers donated $25,000 for five charter buses to make sure every fan who wanted to make the trip had a free ride to the game.

“It means a lot to the whole town,” said Jodie Strem, the co-owner of Fertile Oil Company. “We want them to look in the stands and see us and know we are there for them. We are coming down full force.”

While the Fertile-Beltrami Falcons lost to LeRoy-Ostrander in the MSHSL 9-player championship, the players and the 274 fans who made the journey will remember much more than the outcome of the game.

High school sports and performing arts also provide opportunities for teachable moments. In Huntingtown, Maryland, golf coach John McGuffin recently demonstrated to his team at Huntingtown High School that, in addition to the actual competition, high school sports are about making a difference in people’s lives.

According to an article in TheBayNet.com, McGuffin provided an opportunity for Garrett Krohnert to join the golf team. Four years ago, Krohnert suffered a major brain injury from a traumatic car accident, which robbed him of most of his motor skills.

As time went on, however, Krohnert began to regain some of those skills and began swinging a golf club. His teammates began pushing for Krohnert to join the lineup and actually play in a match.

“Some would say he is not qualified to play in a match,” McGuffin said, “but we don’t look at it that way. We looked at it as this was an opportunity to do something special for Garrett, which is special for all of us that were witness to it.”

When his opportunity came, Krohnert amazed everyone by playing all nine holes of the match. The team was honored and received recognition, but everyone on the team said this was all about Garrett. “He turned his once dreams into reality, which goes beyond any win or loss.”

These two recent events say all that needs to be said about the value of high school sports and performing arts in our nation’s schools. We thank the coaches, administrators and officials who make these programs available each and every day.