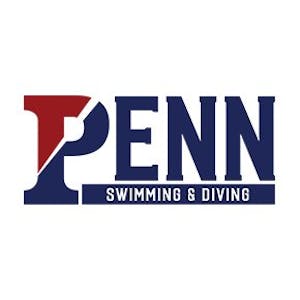 Parents of University of Pennsylvania women swimmers are demanding the NCAA change rules that have permitted Lia Thomas, a transgender athlete, to dominate competition as a member of their team this season, declaring "the integrity of women's sports" is at state, DailyMail.com has learned.

The parents of about 10 swimmers sent the letter to the NCAA on Dec. 5, and forwarded it to the Ivy League and University of Pennsylvania officials. The NCAA has yet to respond, DailyMail.com reported, adding that the university sent a terse response to the parents, claiming the school is doing what it can to help student-athletes navigate Lia's success. The response included a link to mental health services.

"At stake here is the integrity of women's sports," parents wrote in the letter obtained exclusively by DailyMail.com. "The precedent being set — one in which women do not have a protected and equitable space to compete — is a direct threat to female athletes in every sport. What are the boundaries? How is this in line with the NCAA's commitment to providing a fair environment for student-athletes?

'It is the responsibility of the NCAA to address the matter with an official statement. As the governing body, it is unfair and irresponsible to leave the onus on Lia, Lia's teammates, Lia's coaches, UPenn athletics and the Ivy League. And it is unfair and irresponsible to Lia to allow the media to dictate the narrative without the participation of the NCAA."

One parent, who asked not to be identified for fear of repercussions for herself and her daughter, told DailyMail.com, "The swimmers have mixed feelings. Many of them want to speak up, but they don't because they believe they'll be ostracized."

"Everybody is scared," the mother added. "Parents are also scared that the kids will be harmed. We are paying $80,000 for this school. Their life will be impacted."

"I think that transgender people have a right to compete, but they need to have their own league," one of the mothers told DailyMail.com Wednesday. "Being fair to one group of people shouldn't take rights away from another group, and that's what's happening here.

"The NCAA obviously didn't think much about the rules they set. It's not fair to the women on the team and it's not fair to Lia as well. She went through transition, and I admire her bravery. But the records she sets now are not valued records, female records."

The father of another swimmer on the team told DailyMail.com Tuesday night that the parent group is "consulting with people who are very in tune with these issues and plan to issue a statement shortly."