Hundreds of Swimmers Sign Letter in Support of Lia Thomas 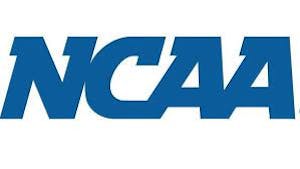 More than 300 current and former NCAA, Team USA and international swimmers and divers signed on to an open letter sent to the NCAA on Thursday in support of Lia Thomas, an openly transgender swimmer whose record-setting season on the University of Pennsylvania's women’s team has caused much controversy.

As reported by Sports Illustrated, Thomas has set multiple program records and qualified to compete in three NCAA championship races: the 200-yard, 500-yard and 1,650-yard freestyle. Her eligibility for the March competition came into question in January after the NCAA announced a new policy deferring to the criteria set by individual national governing sporting bodies, including USA Swimming, for transgender eligibility in championship events. USA Swimming subsequently updated its own eligibility policy to require that trans women athletes have levels of testosterone lower than five nanomoles/liter for a period of 36 months.

Thomas has said she started testosterone-suppression therapy 33 months ago — in May 2019. The NCAA has yet to clarify, though, how or when it will start to enforce the new policy, nor whether those new rules would affect Thomas’s eligibility to compete in national championship races.

Athlete Ally, an LGBTQ+ advocacy group, and Schuyler Bailar, who swam for Harvard as the first openly transgender person to compete in a Division I  men’s sport, organized the effort and sent the letter to NCAA officials including president Mark Emmert, chief medical officer Brian Hainline and director of policy, education and strategic engagement Anne Rohlman.

“The amount of discrimination [Thomas] has experienced, the amount of hatred, the amount of just blatant cruelty that has been projected and targeted at her, it is inhumane,” Bailar told SI. “It is unkind. It is horrible. It is really hard to see as another transgender athlete and person. And, to be quite honest and frank with you, it is life-threatening to trans people in general, because we already are at risk.”

The letter demands that the NCAA not adopt USA Swimming’s policy midseason; establish “clear and consistent” guidelines for eligibility policies, which should be communicated well before a season starts; and include trans and nonbinary athletes in the policy development process.

“With this letter, we express our support for Lia Thomas, and all transgender college athletes, who deserve to be able to participate in safe and welcoming athletic environments,” the letter reads. “We urge you to not allow political pressure to compromise the safety and wellbeing of college athletes everywhere.”

Separate groups of Penn teammates have come down on opposite sides of the issue. Some joined former Olympic swimmer Nancy Hogshead-Makar of the Women's Sports Policy Working Group in arguing that Thomas should not be allowed to compete and urged school and league officials to not legally challenge the NCAA’s new rules.

But other elite swimmers support Thomas. “I was fortunate enough to be welcomed with open arms in the swim community when I came out as gay,” said Erica Sullivan, who signed the Athlete Ally letter as a Team USA member who won Olympic silver in Tokyo. “Just with my own personal good experience of coming out and feeling all that love and support within my swim community, I feel like [Lia] deserves the same thing.”

The NCAA did not immediately respond to Sports Illustrated’s request for comment on the letter.