Alabama governor Kay Ivey is seeking answers after a high school basketball team said it was forced to forfeit a playoff game that fell on the Sabbath.

As reported by the Associated Press, the Alabama High School Athletic Association responded that it was following rules and couldn't make a schedule change for Huntsville's Oakwood Adventist Academy, a Seventh Day Adventist school.

Oakwood's boy's basketball team had advanced to the regional semifinal game that was set for 4:30 p.m. on Saturday Feb. 19. The Adventist Church, unlike most other Christian denominations, observes the Sabbath from sundown Friday until sundown on Saturday.

School officials told news outlets they had asked to switch to the 7:30 p.m. game slot — and the other schools had agreed — but the AHSAA would not allow it, the AP reported.

Concerned, Ivey reached out to both parties.

“I am writing to express my profound concern -- and to get some answers -- about the alleged treatment of Oakwood Adventist Academy,” Ivey wrote in a letter to the AHSAA.

Ivey offered solidarity in a separate letter to the school principal.

“The idea that a team like Oakwood could be denied a chance to compete based upon its faith — without even the most modest of accommodations — is deeply disturbing,” Ivey wrote.

In response, Alvin Briggs, executive director of the AHSAA, said the group was following the rules that member schools, including Oakwood, agreed to abide by when they joined.

“Granting an exemption or making an exception for any reason, every time one is requested, would be chaotic," Briggs wrote. "The member schools write the rules and expect the AHSAA to govern their rules and policies consistently with both public and private members." 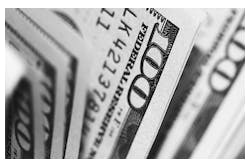