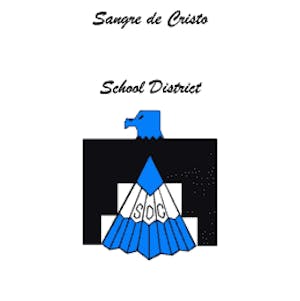 A commission that has worked for nearly a year to rid more than two dozen Colorado public schools of American Indian mascots is now targeting seven more schools — all using "Thunderbirds" — as the statewide compliance deadline nears.

As reported by The Colorado Sun, the action could come on May 19, at the next quarterly meeting of the Colorado Commission of Indian Affairs, executive director Kathryn Redhorse said at an April 6 meeting. The commission is charged with enforcing Senate Bill 116, which passed last year and gave schools until June 1 to eliminate American Indian mascots or face fines of $25,000 a month.

The nickname Thunderbirds represents a mythical bird that was important to several tribes.

The May meeting is the last chance this year for the 12 schools still on a list of offenders released last summer, The Sun reported.

If any schools are added, it would give them less than two weeks to get rid of any imagery of the mascot, which some say is unreasonably short notice. And it’s unclear when they could be removed from the list as CCIA has taken votes to do so only at its quarterly meetings.

“If you’re going to put us on there this late in the day, give us a little time to make the changes,” said David Crews, superintendent of Sangre de Cristo School District in Mosca, which adopted the Thunderbirds mascot when two San Luis Valley districts merged in 1960. “This puts us between a rock and a hard place — we’re not on the list now but do we start making changes? If we don’t respond now and we get on there we don’t have a lot of time for compliance.”

As reported by The Sun, Crews said he was not notified by CCIA of the April 6 discussion. He said he called Redhorse and officials with the state Attorney General’s Office on Tuesday and was told that the school could do such things as cover up trophies and other memorabilia that have Thunderbird images, remove banners and have students wear uniforms inside out to conceal Thunderbird images.

Adding schools to the list as the deadline approaches is the latest issue that has left schools and districts demanding more communication and guidance from the CCIA.

The governor’s press office, which handles questions for CCIA, did not answer questions about the process, saying that “SB21-116 does not provide guidance for extending the deadline for public schools to come into compliance beyond June 1, 2022. The Colorado Commission of Indian Affairs is committed to implementing SB21-116 and partnering with schools to ensure their compliance with the law.”

The law states that within 30 days of its enactment in June 2021, the CCIA must identify schools using banned American Indian mascots and publish the list on its website. In July, it published a list of more than two dozen schools taken from the 2016 report of the Governor’s Commission to Study American Indian Representation in Public Schools.

The older report identified 30 schools with Native American mascots and urged them to change; a couple schools on the list have since closed and a few changed their mascots before the bill took effect.

Only one school on the original list, Johnson Elementary School in Montrose, had a Thunderbird mascot. It is retiring the mascot at the end of the school year.

The district questioned CCIA about inclusion of that mascot last year, when two other schools with Thunderbird mascots — Sangre de Cristo schools and Hinkley High School in Aurora — were not on the list.

At its March 10 quarterly meeting, the CCIA board declined to remove Johnson Elementary from the list of schools not in compliance with the law and briefly discussed the Sangre de Cristo and Hinkley mascots. However, no motion was made to add those schools to the list.

The board then called a special closed-door meeting April 6 to get legal advice about implementing the law and “what constitutes a prohibited American Indian mascot, and the process for potential updates to the list of public schools that must come in compliance with SB21-116.”

The agenda made no mention of Thunderbirds and several schools with that mascot said they were not notified of the meeting.

After the executive session, the board spent less than 15 minutes running through a list of seven schools — including Johnson Elementary — with Thunderbird mascots and reviewed their logos. Board members commented briefly that the name Thunderbirds and most of the imagery was taken from Native American traditions.

Districts reached by The Sun said they were unaware that the CCIA was discussing the Thunderbirds as a potential derogatory mascot that would be banned under the law.

“If we are on that list, I need to have some clear direction,” Crews told The Sun. “I have to think about funding if we get on this list now. I’m worried about our HVAC system right now. It’s a stretch I think for a lot of small districts.”