The NFL is looking into allegations that two referees working a game between the Tampa Bay Buccaneers and the Carolina Panthers approached Tampa wide receiver Mike Evans after the game for an autograph.

The moment was caught on video by 1340 AM Fox Sports, and appears to show side judge Jeff Lamberth and line judge Tripp Sutter calling Evans' name as he leaves through the tunnel. Evans then appears to sign autographs for the referees.

ESPN reported that Lamberth is in his 21st season and Sutter is in his fourth.

The NFL and NFL Referees Association bar officials from seeking autographs from players or coaches, as it can give the appearance of partiality.

The collective bargaining agreement between the NFL and NFLRA does allow officials to seek autographs, team merchandise and memorabilia for charitable endeavors. However, those requests have to be made through the league's officiating department and not in person. 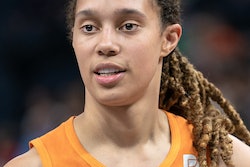 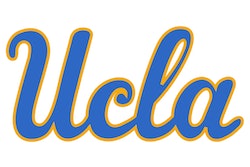 Accounts of alleged abuse have led to increased scrutiny around the sport of competitive cheer since the founder of an elite South Carolina cheerleading gym reportedly killed himself in late August amid an investigation into abuse.
December 2, 2022
Page 1 of 44
Next Page
AB Show 2022 in Orlando
AB Show is a solution-focused event for athletics, fitness, recreation and military professionals.
Learn More
Buyer's Guide
Information on more than 3,000 companies, sorted by category. Listings are updated daily.
Learn More