Meeting the Needs of Disabled Athletes

Meeting the needs of disabled athletes 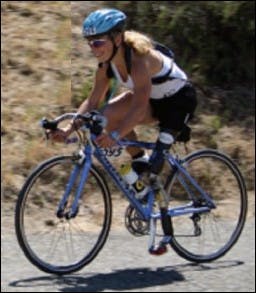 When Mari Samaras White worked as an employment-law attorney, she often helped companies find creative ways to accommodate people with disabilities. After realizing that many of those employees actually consider themselves quite capable - indeed, some are athletes clamoring to participate in sports and recreation but simply aren't given the opportunities, she claims - Samaras White said farewell to the courtroom and founded Integra Sports last fall. In addition to helping elite athletes with disabilities enjoy the same kind of training opportunities, media attention and financial rewards as able-bodied athletes, the Portland, Maine-based company also aims to kick-start a disabled-athlete movement at the grassroots level.

"There are a lot of closed doors for these individuals," Samaras White says. "I'm going to try to open them. There are so many people with disabilities who want to play sports and have access to facilities."

Creating marketing niches for special-needs groups is nothing new. In addition to the Special Olympics, select facilities around the country have developed wellness programs for such diverse populations as cancer patients, quadriplegics, and people with cerebral palsy and autism (see "Recovery Mission," October 2002, p. 97). But Samaras White, a marathon runner and mother of four - including an 11-yearold boy with severe learning disabilities - wants to make facility operators, corporations, the media and the general public more aware of the needs of athletes with disabilities.

More power to her, says Eli Wolff, project director of the Disability in Sport research and advocacy arm of the Center for the Study of Sport in Society at Northeastern University. "Most any facility will have a great philosophy when it comes to inclusion, but when you actually look into its policies, procedures and funding, which are the fundamentals of delivering services to a community, that's where facilities really fall behind," says Wolff, the first recipient of Nike's Casey Martin Award for his work with disabled athletes and a member of the U.S. Paralympic soccer team that will compete in Athens, Greece, later this year. "It's all about recognizing that people with disabilities are a key constituent that facilities can serve."

To that end, both Wolff and Samaras White suggest that facility operators contact organizations that cater to people with disabilities to find out how to best meet the needs of that population in their area. Start with national groups like Wheelchair Sports USA and Disabled Sports USA, they say, which can lead to contacts with local affiliates.

While Integra Sports is still in its embryonic stage ("This is not a well-defined field yet," Samaras White says), its main mission is to integrate athletes with disabilities into the able-bodied competitive world via corporate sponsorships. That ambitious aspiration is made more credible thanks to an agreement between the International Olympic Committee and the International Paralympics Committee that was formalized in 2000, stipulating that the Summer Olympics and the Paralympics be held at the same site in the same year and that both events share an organizing committee.

Samaras White plans to donate a to-be-determined percentage of Integra Sports' net proceeds to the Nikko C. Foundation, which she formed to help support organizations dedicated to increasing opportunities for challenged athletes, as well as to help defray the cost of adaptive equipment for athletes training for elite competition - athletes like Sarah Reinertsen and Kelly Bruno.

Reinertsen, 28, was born with a limb deficiency and lost her left leg to amputation when she was 7. She competed in the Boston Marathon this spring and is training for the Hawaii Ironman Triathlon in October, where she hopes to become the first woman to complete the event with an artificial leg. Bruno, a sophomore at Duke University whose right leg was amputated below the knee, hopes to compete in track and field events in either the 2004 or 2008 Paralympics. Both women require adaptive equipment that their insurance companies do not fully cover, Samaras White says.

"They have the same kinds of goals as able-bodied athletes," she adds. "They want to train. They want to compete. And they want to be recognized as athletes."

"People still see other people who are in a wheelchair or who are missing a leg as being injured and out of the game," Wolff adds. "But they can still compete and meet their body's maximum potential, even though they have limitations."