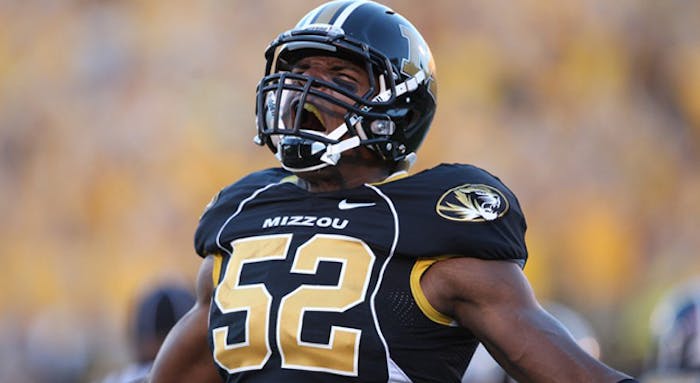 Former Buccaneers and Colts head coach Tony Dungy made news earlier this week when he was quoted saying he "wouldn't have taken" former Missouri defensive end Michael Sam, who is openly gay, in the NFL Draft.

"I wouldn't have taken him," Dungy told the Tampa Tribune. "Not because I don't believe Michael Sam should have a chance to play, but I wouldn't want to deal with all of it. It's not going to be totally smooth... things will happen."

Following the public backlash to those comments, Dungy took time to clarify them on Tuesday. Here is his statement in full, as told to Pro Football Talk:

"On Monday afternoon while on vacation with my family, I was quite surprised to read excerpts from an interview I gave several weeks ago related to this year’s NFL draft, and I feel compelled to clarify those remarks.

I was asked whether I would have drafted Michael Sam and I answered that I would not have drafted him.  I gave my honest answer, which is that I felt drafting him would bring much distraction to the team. At the time of my interview, the Oprah Winfrey reality show that was going to chronicle Michael’s first season had been announced.

I was not asked whether or not Michael Sam deserves an opportunity to play in the NFL.  He absolutely does.

I was not asked whether his sexual orientation should play a part in the evaluation process.  It should not.

I was not asked whether I would have a problem having Michael Sam on my team.  I would not.

I have been asked all of those questions several times in the last three months and have always answered them the same way—by saying that playing in the NFL is, and should be, about merit.

The best players make the team, and everyone should get the opportunity to prove whether they’re good enough to play.  That’s my opinion as a coach.  But those were not the questions I was asked.

What I was asked about was my philosophy of drafting, a philosophy that was developed over the years, which was to minimize distractions for my teams.

I do not believe Michael’s sexual orientation will be a distraction to his teammates or his organization.

I do, however, believe that the media attention that comes with it will be a distraction.  Unfortunately we are all seeing this play out now, and I feel badly that my remarks played a role in the distraction.

I wish Michael Sam nothing but the best in his quest to become a star in the NFL and I am confident he will get the opportunity to show what he can do on the field.

My sincere hope is that we will be able to focus on his play and not on his sexual orientation."

Meanwhile, Sam brushed off Dungy's comments, telling ESPN's Nick Wagoner: "Thank God [Dungy] wasn't the St. Louis Rams coach. I have a lot of respect for Coach Dungy. "And like everyone in America, everyone is entitled to their own opinions."

Sam was selected by the Rams in the 7th round, 249th overall, in the 2014 NFL Draft after leading the Southeastern Conference in sacks and tackles-for-loss as a senior at Missouri.