An elite youth soccer team has been temporarily suspended after video surfaced of the 14- and 15-year-olds attacking a teammate in a hotel room.

The Vaughan (Ont.) Soccer Club is part of the Ontario Player Development League, an organization that helps teenage soccer players prepare for the highest levels of the sport by helping them earn collegiate scholarships, spots on provincial or national teams, or professional soccer careers.

The team was on a trip to Italy to take part in a tournament when the video was recorded. It appears to show a group of boys beating a teammate in his hotel room, leaving him curled in the fetal position and moaning in pain.

A version of the disturbing video, which blurs the faces of those involved, can be viewed here.

Club officials were made aware of the video late Saturday. The Toronto Star reports that one of the players sent it to a friend, whose mother saw it and forwarded it to a media outlet, which then contacted the team.

The tournament trip, which took place April 8-18, was chaperoned both by coaches and parents. In all, about 24 chaperones supervised the 30 players on the trip.

“All the parents were present,” DiRauso said. “That’s why we don’t understand… Why did none of the children go to the parents?”

Since being made aware of the incident, the entire team was suspended while the club conducts its own investigation. Discipline could be handled internally, or move up the chain to a regional governing body or Ontario Soccer, which governs amateur soccer in the province. The video constitutes violations of both club and Ontario Soccer’s codes of conduct, and some of the players involved could be banned from competition for years.

DiRauso told The Star that the club has not contacted authorities regarding the incident, but added that “If the parent wants to press charges, we welcome them.” 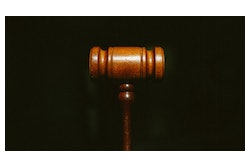 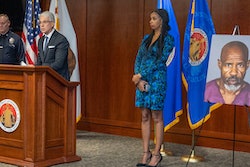 One of the reasons the First Amendment is one of most litigated amendments to the United States Constitution is because of the inherent conflict in the ...
September 19, 2022
Page 1 of 338
Next Page
AB Show 2022 in Orlando
AB Show is a solution-focused event for athletics, fitness, recreation and military professionals.
Learn More
Buyer's Guide
Information on more than 3,000 companies, sorted by category. Listings are updated daily.
Learn More