The International Olympic Committee has announced it will break new ground at the 2024 games in Paris with new events and an aim to promote gender equality.

In a controversial move that has been ridiculed by some, the IOC announced that breakdancing will be included as an event in 2024. Skateboarding, sport climbing, and surfing were also confirmed as additional sports proposed by the Paris 2024 Organizing Committee.

Breaking will make its Olympic Games debut, building on the success of the sport at the Youth Olympic Games Buenos Aires 2018.pic.twitter.com/ZthK3ZRxIv

“This new flexibility is part of the reforms of Olympic Agenda 2020,” read a statement< from the IOC. “Today’s decision will help to make the Olympic Games Paris 2024 fit for a post-corona world.”

Australian squash champ Michelle Martin told the Australian Associated Press that the games have become a “mockery” with the move. Martin has lobbied for years to get squash included.

“The Olympics was all about a score or it was a running race. There was a definitive answer and results to sports,” Martin said. “You bring in all these judging things and it just gets so corrupt and so out of control. I just don’t get it anymore.”

Aside from the new events, the IOC says it has laid out a framework to ensure gender equity among competitors. The new structure would ensure exactly 50 percent male/female participation, following on from the gender equality already achieved for Tokyo 2020, which will have 48.8 per cent female participation. The IOC also hopes to grow mixed gender events, from 18 to 22, compared to Tokyo 2020.

“With this programme, we are making the Olympic Games Paris 2024 fit for the post-corona world. We are further reducing the cost and complexity of hosting the Games. While we will achieve gender equality already at the upcoming Olympic Games Tokyo 2020, we will see for the first time in Olympic history the participation of the exact same number of female athletes as male athletes. There is also a strong focus on youth,” said IOC President Thomas Bach in a statement. 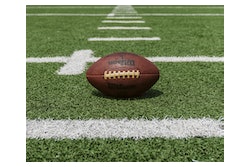