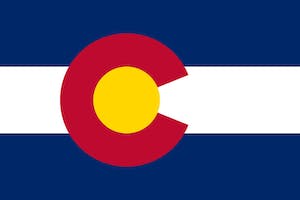 A Colorado high school athletic director has resigned after it was discovered that he’d worked for more than a year in the school district without an active principal’s license as required by state law.

According to a report from the Colorado Springs ABC affiliate, Brandon Monson, who started working at Vista Ridge High School as an assistant principal and athletic director in 2019, did not renew his principal's license after it expired on January 20, 2020.

Monson was one of four educators working in the administration office who suddenly left Vista Ridge High School this week. District 49 officials haven't answered questions around why the three assistant principals and a secretary abruptly left and wouldn't be returning.

The Colorado Department of Education notifies districts annually if there are educators working with an expired license.

"The accountability measure really lives within that district leadership," Colleen O'Neill with CDE said. "If a district requires a license, and that Board of Education requires licensed district personnel, especially if leadership, have chosen to ignore that, there are repercussions that could go against that own individual's license, or the board may choose their own local board of education could choose to take action for basically not following through on the Board of Education rules," O'Neill said.

CDE told the ABC affiliate that there aren’t any immediate consequences for educators or districts for failure to hold proper licenses.

"There are no other consequences from the state, at this time. Over the course of time like over multiple years, that could begin to impact the accountability, accreditation funding models, right, because the state laws are tied to funding as well. And the state law is that a principal or an assistant principal is supposed to have a license unless that is waived," O'Neill said.