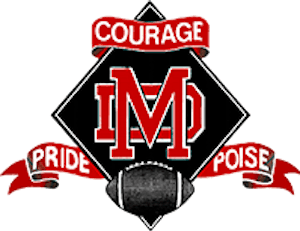 A locker room hazing ritual that took place Feb. 4 at Mater Dei High School in Santa Ana, Calif., and resulted in one football player suffering a traumatic brain injury has led to his family filing a lawsuit against the school and the Roman Catholic Diocese of Orange County last week.

As reported by The Orange County Register, the suit alleges negligence; negligence per se-hazing in violation of the California penal code; negligent failure to warn, train or educate; and intentional infliction of emotional distress.

The ritual, called "Bodies," pits two players against each other in an exchange of body blows until one surrenders. In this case, a player 50 pounds heavier than the other strayed from the rule of punching only between the shoulders and hips, as the lighter player suffered a traumatic brain injury, two gashes over his right eye, one over his left and a broken nose that would require surgery, the results of a series of blows to the head that would prompt a Santa Ana Police Department investigator to recommend the Orange County District Attorney’s juvenile division file felony battery charges against the other player, according to a police report reviewed by the Southern California News Group.

Four police reports, surgeon’s reports and other medical records, Mater Dei emails, letters, forms, records and memos, as well as court filings, interviews and two videos of the altercation obtained or reviewed by SCNG also raise questions about the culture within one of the nation’s preeminent high school football programs.

“If I had a hundred dollars for every time these kids played Bodies or Slappies, I’d be a millionaire,” Mater Dei head football coach Bruce Rollinson told the injured player’s father the day after the altercation, according to a court filing.

During the same conversation, Rollinson told the parent that he was in a “bind” in terms of disciplining the other player because he said his father was one of the team’s volunteer coaches.

The injured student eventually withdrew from Mater Dei and continues to have issues related to his brain injury, according to records and interviews. The other student continued to play for the undefeated Monarchs, who took their No.1 USA Today national ranking into Friday's California Interscholastic Federation Southern Section Division 1 championship game on Friday night, where they defeated Servite.

During a police interview, Rollinson denied hazing existed in the Mater Dei program. He added that the interview was the first time he had heard of the Bodies game.

However, nearly two months earlier, on Feb. 25, a player had provided Mater Dei linebackers coach Pat Dunbar a cell phone video of the fight, according to a police report.

“This is a hazing ritual that has a name, a name known by the players,” said Brian L. Williams, an attorney for the injured player. “It even has a set of unwritten rules, so to say it doesn’t exist is disingenuous.”

The Orange County District Attorney’s Office does not intend to file charges in the case and views the altercation as mutual combat, according to The OCR.

Mater Dei trainer Kevin Anderson, after seeing the player's injuries, “spoke with the administrative staff at Mater Dei who told him not to call the paramedics and to delay contacting [his] parents,” according to a court filing. Anderson, despite seeing the severity of the injuries, did not immediately treat the player and instead continued taping other players’ ankles for practice, according to a court filing.

Founded in 1950, Mater Dei is the largest co-educational Roman Catholic high school west of the Mississippi River, according to The OCR, which reports the school has been named in a series of civil lawsuits in recent years filed on behalf of former students who allege they were sexually abused by school employees.

Mater Dei’s conduct related to the Feb. 4 locker room altercation, attorneys Williams and Michael Reck allege in the suit, “including the attitude and dismissiveness of Coach Rollinson in terms of the dangers created by Bodies, was outrageous. This is especially true in light of the fact that the administration and coaches at Mater Dei valued the school’s status as a nationally recognized football powerhouse over the health and safety of its minor athletes.”

“This incident,” Williams said, “[shows] that Mater Dei is more concerned about protecting its brand as the top-ranked football program in the country than protecting its students.”

In a statement to SCNG, Mater Dei said, “An independent, thorough investigation was conducted. We are unable to comment further due to the involvement of minors.”­­­­