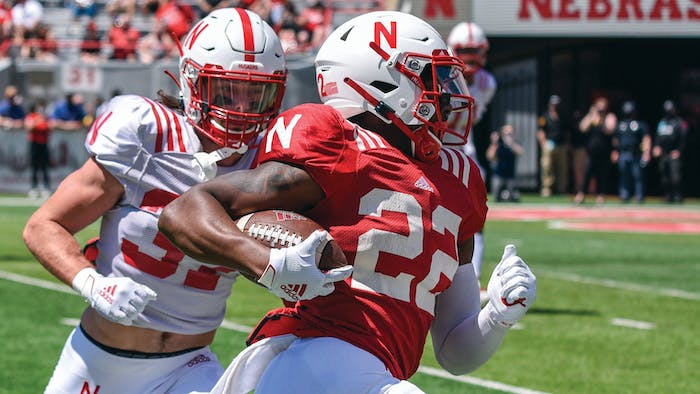 In March 2014, the regional director for the National Labor Relations Board (NLRB) in Chicago held that Northwestern University football players who receive grant-in-aid scholarships are “employees” within the meaning of Section 2(3) of the National Labor Relations Act. As a result of the regional director’s findings, scholarship football players would have been entitled to unionize and be represented for the purposes of collective bargaining [Northwestern University v. College Athletes Players Association, Case 13-RC-121359 (March 26, 2014)].

Northwestern, not willing to accept that players are employees, appealed to the full NLRB in Washington. On Aug. 17, 2015, the NLRB surprised many when it refused to answer the question of whether college athletes are employees. Instead, the NLRB passed the issue on to Congress by ruling that “even if the scholarship players were statutory employees (which, again, is an issue we do not decide), it would not effectuate the policies of the Act to assert jurisdiction” [Northwestern University v. College Athletes Players Association, Case 13-RC-121359 (Aug. 17, 2015)]. In other words, the NLRB refused to decide the case because it believed that it was an issue better left to Congress, the courts or college sport administrators.

Since the NLRB’s decision in the Northwestern case, the NCAA has granted its five richest conferences substantial autonomy, allowing them to pass rules giving athletes more benefits, including the opportunity for individual athletes to now profit off of their name, image and likeness (NIL), albeit through third parties and not their schools. In addition, the courts have forced the NCAA to increase the educational benefits — both financial and physical — that schools could award athletes.

Even with the increased benefits, little has changed concerning the legal status of scholarship athletes at major Division I colleges and universities in the six years since the NLRB’s decision. As a result, the time may be ripe for the NLRB to again review the legal status of scholarship athletes. Such a review would be especially interesting after NLRB general counsel Jennifer Abruzzo on Sept. 29, 2021, issued memorandum GC 21-08, claiming that in her view college athletes are employees of their institutions under the Act.

In the memorandum, Abruzzo notes that the term “student-athlete” has been used for the better part of a half-century to deprive those individuals of various legal protections afforded to employees under the guise of amateurism. For that reason, Abruzzo abandons the use of the term throughout her memo, opting instead for “players at academic institutions” when referring to scholarship athletes at universities, such as the football players at issue in the Northwestern case.

In addition to classifying scholarship athletes as employees, perhaps the most interesting part of the memorandum is Abruzzo’s claim that the use of the term “student-athlete” by the NCAA, colleges and universities was an attempt by the NCAA and schools to intentionally misclassify “players at academic institutions.” In the future, Abruzzo argues that the use of the term “student-athletes” to describe scholarship athletes could be considered a violation of Section 8(a)(1) of the Act, which makes it an unfair labor practice for an employer “to interfere with, restrain or coerce employees in the exercise of the rights guaranteed in Section 7” of the Act.

Next, Abruzzo argues that the NLRB regional director’s finding that Northwestern University football players, as well as other FBS football players who receive grant-in-aid scholarships, were “employees” within the meaning of Section 2(3) of the Act was correct. In support of this conclusion, Abruzzo notes both the NLRB’s broad interpretation of “employee” and the use of the word under common-law agency rules governing employer-employee relationships — which defines an employee as a person “who perform[s] services for another and [is] subject to the other’s control or right of control.” The schools, Abruzzo notes, have control over the athlete’s scholarships. In return for their scholarships, the athletes are required to perform services for their colleges and the NCAA by devoting substantial hours to football activities and abiding all NCAA, university and team rules. If they fail to meet the obligations of the team, the athlete can — and will — lose their scholarship. Therefore, the memo argues that because these players at academic institutions perform a service for which they are compensated and are subject to the control of their institution and the NCAA, they clearly satisfy common-law and Section 2(3) definitions of employee.

In her memorandum, Abruzzo also examines recent legal developments, new NCAA regulations and changes in the societal landscape that have happened since Northwestern. Based on these changes, Abruzzo claims that the traditional notion that players at academic institutions are amateurs, as opposed to employees, is one of a bygone era. In supporting this conclusion, Abruzzo turns her attention to the Supreme Court’s recent decision in NCAA v. Alston, which recognized that college sport is a profit-making enterprise, as well as rejected the NCAA’s antitrust defense based in the notion of amateurism in college athletics. Abruzzo notes that although Alston had no impact on the NCAA’s existing rules regarding undergraduate athletic scholarships and other compensation related to athletic performance, it signaled that the concept of amateurism in the NCAA is changing.

In addition, Abruzzo emphasizes justice Brett Kavanaugh’s biting concurrence in Alston, in which he suggested that the NCAA’s remaining rules prohibiting player compensation were in violation of the antitrust laws. In fact, Kavanaugh’s concurrence suggests that he is of the position that student-athletes are in fact employees, which is evidenced by his suggestion that colleges and athletes engage in collective bargaining to resolve questions regarding compensation.

Further, Abruzzo points to the public’s perception surrounding the NCAA’s current amateurism model as undergoing change. In particular, Abruzzo notes that this change is influenced heavily by the concerted efforts of players at academic institutions who are participating in collective action at unprecedented levels. These athletes have focused not only on safety and social justice issues, but also on efforts to create an association to represent their interests, and demands to share equitably in revenue generated by their services. These efforts, Abruzzo claims, have helped shape public perception, which is evidenced by the growth in support from coaches, fans and school administrators.

Finally, one of Abruzzo’s most impactful recommendations can be found buried in the memo’s footnotes, where she suggests that she is inclined to find that, in appropriate circumstances, both the NCAA and the athletic conference may be joint employers because players at academic institutions perform services for and are subject to the control of both parties. Abruzzo justifies this conclusion based on the level of control that the NCAA and athletic conferences exert over players at academic institutions through eligibility standards, recruitment rules and compliance requirements — all of which can result in termination if violated.

So, what is the impact of general counsel Abruzzo’s memorandum? While the memo clearly identifies scholarship athletes as employees of their colleges and universities, Abruzzo does not have the power to make such a declaration law. Although the actual effects of the memo may remain unclear at this point, going forward Abruzzo’s memo could nevertheless have several implications for players at academic institutions, their schools, conferences and the NCAA.

The most likely and immediate effect is that the NLRB could begin to receive more complaints regarding violations of the Section 7 rights of players at academic institutions, including the right to unionize and participate in collective bargaining. This is important for players at academic institutions because it will provide them with protections previously denied to them by their classification as student-athletes rather than employees.

Second, the organizations could potentially be subject to not only liability for the outright violation of the Section 7 rights of players at academic institutions, but also for the misclassification of such athletes. Abruzzo made clear that misclassifying players at academic institutions as student-athletes will lead to an independent violation of Section 8(a)(1) of the NLRA based on the chilling effect such misclassification can have on the athlete’s Section 7 rights.