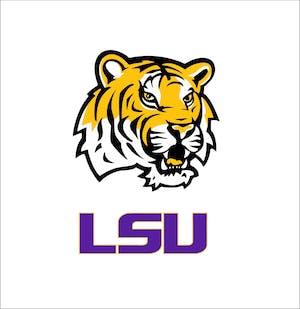 Sharon Lewis, who served Louisiana State University as associate athletic director of Football Recruiting and Alumni Relations before filing a $50 million Title IX lawsuit against the school, has been fired.

As reported by ABC affiliate WBRZ in Baton Rouge, Lewis filed the lawsuit last year alleging she was harassed and retaliated against in 2013 for trying to report inappropriate conduct from then-head coach Les Miles. Attorneys representing Lewis said a law firm, identified in the suit as Taylor Porter, was hired to help cover up the misconduct.

One such attorney claimed Tuesday that Lewis was fired Jan. 5 without cause in a statement that reads in full:

The wrongful termination of Sharon Lewis by LSU is a continuation of the retaliation she has endured for reporting violations of Title IX and State Law by LSU coaches and athletic officials. LSU’s action is a clear violation of Title IX, Louisiana Whistleblower Statute and EEOC guidelines that protect employees against retaliation for reporting violations of federal and state law. On January 5, 2022, LSU’s Athletic Director Scott Woodward, who is a named defendant in Ms Lewis’ petition for damages in federal state court, terminated Ms Lewis without cause. Ms Lewis’ wrongful termination by Woodward and the LSU administration will not deter or silence her from speaking out on behalf of victims of the university’s deplorable behavior which puts students and employees at risk.

The Husch Blackwell Report documented Ms Lewis’ bravery in reporting sexual misconduct within LSU’s Athletic Department. Husch Blackwell also documented that Verge Ausberry and Miriam Segar willfully violated Title IX and lied about their conduct. Segar and Ausberry remain employed at LSU under the protection of Woodward, while Ms Lewis has been terminated without cause. There can be no clearer statement of the values of Scott Woodward and LSU’s Board Of Supervisors.

Attorneys representing Lewis first declared her intention to sue LSU last April, stating, “Members of the LSU Board of Supervisors, LSU Athletic Department, LSU Leadership and their law firm, Taylor Porter entered into a conspiracy to hide Les Miles’ sexual harassment investigation from federal officials and the public and to retaliate against Ms. Lewis," Tammye Brown, one of three attorneys representing Lewis said. "Over the last eight (8) years, Ms. Lewis has stood up to to protect LSU female student workers and as a result has suffered unimaginable retaliation sanctioned by the LSU Board of Supervisors.”

Lewis followed the federal Title IX suit with another lawsuit against LSU in June, this one filed in state court under a whistleblower statute, but still alleging she was subjected to a hostile work environment and years of retaliation for repeatedly trying to report sexual harassment allegations involving Miles.

Then, just last month, U.S. District Judge Susie Morgan dismissed the Racketeer Influenced and Corrupt Organizations Act, better known as RICO, claims that Lewis had made in her federal suit and granted motions to dismiss the charges Lewis leveled against Miles, LSU's former president William Jenkins and former board members Hank Danos, Bobby Yarborough and Stanley Jacobs. She ruled that Lewis' assertions against them were time-barred. Morgan also dismissed Lewis' RICO claims against several other LSU employees and attorneys based on allegations that predated April 8, 2017.