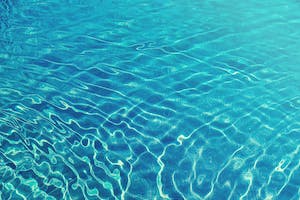 A youth swim coach in Wisconsin has been accused of secretly recording video of a 13-year-old girl as she changed clothes before practice.

Police said the camera was hidden in a utility closet inside Cudahy Middle School on Dec. 21.

According to the local ABC affiliate, the girl was a member of the Walter Schroeder Aquatic Center swim team. While changing she noticed a “shiny object” propped up near a storage tote and discovered it was cellphone that was set to record.

When she watched the video, she realized that swim coach Tyler Lustig had placed the phone in the concealed location.

In a panic, the girl deleted the video and put the phone back where she found it. The girl called her mother and then went back into the closet to get the phone but by that time it was gone.

Lustig admitted to putting the phone in the closet and told police it was “sick curiosity” that made him do it.

"I kind of hate myself right now," Lustig told police.

Lustig has since been charged with invasion of privacy and attempting to capture an intimate representation without consent.

Lustig has been fired from the Walter Schroeder Aquatic Center. The facility released the following statement in response to the incident:

"The reported allegations against our former employee are contrary to everything we stand for at Walter Schroeder Aquatic Center. The safety of all our athletes is our highest priority and we take seriously our and our employees’ obligations to abide by the law, Safe Sport expectations and mandates, as well as protocols and expectations set by USA Swimming. We regularly train our employees on these expectations and have zero tolerance for any behavior that is contrary to these laws, expectations and norms. We are fully cooperating with the investigations into these allegations."