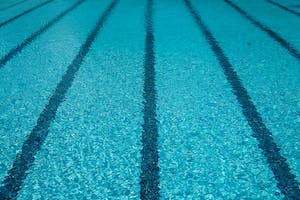 A conservative, evangelical Christian organization has filed a civil rights complaint against the University of Pennsylvania for allegedly failing to protect the rights of collegiate female athletes by allowing Lia Thomas, a transgender swimmer, to compete on the university’s women’s team.

“The future of women’s sports is at risk and the equal rights of female athletes are being infringed,” Penny Nance, president and chief executive of Concerned Women for America, said Thursday in a statement, as reported by The Hill. “We filed a formal civil rights complaint against UPenn in response to this injustice.

“Any school that defies federal civil rights law by denying women equal opportunities in athletic programs, forcing women to compete against athletes who are biologically male must be held accountable."

Thomas, who swam on the university’s men’s team for three years, first made headlines in December after setting national records at a meet in Ohio and last month won all three of her individual events and was part of a winning relay team at the Ivy League championships. At the NCAA meet Thursday night, Thomas placed first in the 500-yard freestyle to become the first known transgender athlete to win a Division I national championship in any sport.

She went on to finish fifth in the 200 freestyle on Friday and last in the 100 free on Saturday — the final race of her controversial collegiate career. She set no records during the NCAA meet.

ESPN reported that protests dominated the morning outside Georgia Tech's McAuley Center in Atlanta. More than 20 protesters from Save Women's Sports and Young Women for America — the college branch of Concerned Women for America — chanted outside, protesting Thomas' inclusion in the women's category.

Thomas' pre-race introduction was met with silence, compared to other swimmers, and a Save Women's Sports banner was unfurled inside the McAuley Center, according to ESPN.

While some reports suggested a photo op by the second-, third- and fourth-place finishers in the 500 free represented a "podium protest," Erica Sullivan explained on Instagram the shot with Emma Weyant and Brook Forde was instead just three friends and teammates from the Tokyo Olympics capturing a moment together, according to Swim Swam.

Among the protesters outside the McAuley Center was Idaho state representative Barbara Ehardt, the author of HB 500 — the first law restricting transgender athletes' ability to play sports in accordance with their gender identity. It has since been blocked in federal court.

According to The Hill, Concerned Women for America dead-names Thomas in its complaint and claims that she is “anatomically and biologically a male” who is stripping other female athletes of “opportunities afforded to them by law.”

The complaint further states that the University of Pennsylvania violated Title IX, which prohibits sex-based discrimination in schools that receive federal funding, by allowing Thomas to compete, ultimately depriving cisgender women of “career-enhancing opportunities” because of their sex.

“By allowing a male to take a spot and compete on the women's swim team, depriving aspiring young women athletes of a fair and level playing field in competition, UPenn commits a grave injustice and violates the most fundamental principles of equity in Title IX's historic efforts to promote equal opportunity in sports in educational institutions,” the complaint reads, as reported by The Hill.

The group also calls on the Education Department’s Office of Civil Rights to “act urgently” against the university “before this abject denial of biological impact and flagrant sex discrimination against female student-athletes affects more and more female students across the country."