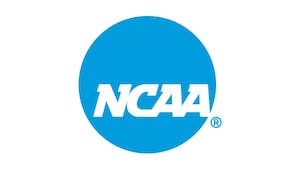 As reported by ESPN, Brenner alleges in the lawsuit he sustained lifelong injuries during a series of controversial workouts in 2017 that led to the condition rhabdomyolysis. As a result, Brenner claims kidney damage has shortened his life expectancy.

ESPN's Heather Dinich reports that the law firm of Kafoury & McDougal first filed the suit on behalf of Brenner in January 2019 in Oregon circuit court and sought $11.5 million from the NCAA. According to documents obtained by ESPN, Brenner increased the claim for pain and suffering from $6 million to $20 million, and has added the claim against the NCAA for punitive damages.

Taggart, who was hired at Oregon in December 2016, is expected to attend the trial in person, along with Oderinde, ESPN reported.

Taggart left Oregon after one season to become the head coach at Florida State, where he was fired during his second season. He is now the head coach at Florida Atlantic. The lawsuit alleges negligence against all defendants, accusing Taggart and Oderinde of imposing physical punishment on the players, failing to prohibit it and failing to ensure that Oderinde had adequate training to do his job.

According to the lawsuit, Oderinde did not carry industry-required certification to be a strength and conditioning coach at Oregon.

"I care about every one of the players I've coached like they are my own sons, and I want each of them to be successful on and off the field," Taggart said in a statement to ESPN. "I would never want any of them to suffer any injury. I disagree with the things Doug Brenner has said in his complaint and am sorry we're involved in this lawsuit. But I still wish him the best."

A university spokesman at Oregon issued the following statement to ESPN: "The health and safety of our students is our highest priority. There was a quick response to Doug Brenner's injury, and he was provided the best care possible. We are grateful that he made a full recovery and was able to play during the 2017 season and also graduate from the University of Oregon. We disagree with the claims made by Mr. Brenner's attorneys in their lawsuit and will address those in court."

Brenner's legal team is seeking massive punitive damages from the NCAA, arguing it "acted with malice or has shown a reckless and outrageous indifference to a highly unreasonable risk of harm" because there isn't a specific rule or bylaw regarding overexerting players during workouts.

"The NFL doesn't kill its players, that only happens in college because the NCAA refuses to create rules to protect its student athletes during early season strength and conditioning," Jason Kafoury, one of Brenner's attorneys, told ESPN on Monday evening. "The purpose of this lawsuit is to force the NCAA to change its mind."

According to the NCAA's opposition to the inclusion of punitive damages, which was filed on March 1, the NCAA argued Brenner's proposal "would attempt to replace the on-the-field medical judgments of experienced athletic trainers, coaches and team medical staff in Oregon with the administrative staff of a non-medical sports associated located in Indiana."

"Plaintiffs appear to contend that the dozens of guidelines and best practices found in the 140-page Sports Medicine Handbook relating to the conduct of workouts should be subject to monitoring, investigation, and enforcement," the NCAA wrote in its opposition. "This is unworkable."

According to a transcript of Emmert's deposition cited by ESPN, the current NCAA president stated, "I've never talked to a president that they think that the responsibility is of a sport association to tell them how their medical professionals and training professionals should behave on campus. Rather the association's role is to provide them with guidance and advice and understanding of where the best science is and medical advice is, but not to police their local behavior. That's not been a role that the association in 115 years has ever deemed was the appropriate thing for an athletic association to do."

The NCAA stated that Brenner and his attorneys "failed to articulate what rule or bylaw should have (or could have) been adopted by the NCAA or its members."

The NCAA declined comment when reached by ESPN on Sunday night.

As reported by ESPN, the lawsuit makes several claims, including that:

Oderinde, who later was hired by Taggart at Florida State for the same position, was suspended by Oregon in 2017 for a month without pay after tight end Cam McCormick and offensive lineman Sam Poutasi were hospitalized with Brenner and suffered from rhabdomyolysis as a result of workouts conducted shortly after Taggart was hired at Oregon.

The condition, in which skeletal muscle tissue is rapidly broken down and products of that process are released into the bloodstream, caused permanent damage to Brenner's kidneys, and his life expectancy has been reduced by about 10 years, according to the lawsuit. Depending on the severity, rhabdomyolysis can be harmful to the kidneys and might lead to kidney failure, according to the U.S. National Library of Medicine.

Brenner, McCormick and Poutasi rejoined the team, but the incident prompted Oregon to change its reporting system, with the strength and conditioning coach answering to the Ducks' director of performance and sports science instead of the head coach. At the time, Taggart issued a public apology, saying, "I hold myself responsible for all of our football-related activities, and the safety of our students must come first."