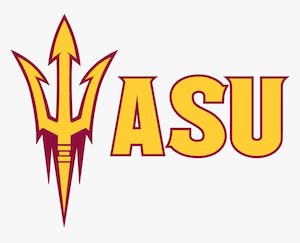 An Arizona State University football player is facing DUI charges after police say he struck a woman with his car in Scottsdale early Saturday morning.

Police say the woman was hit in the area of Camelback and Miller roads around 1:30 a.m and later died from her injuries.

As reported by CBS affiliate KPHO in Phoenix, police identified the woman Sunday morning as 23-year-old Norah Bruther, who was visiting Scottsdale from New Jersey and was staying in the area near where the crash happened. The driver who was arrested on DUI-related charges has been identified as Stanley Lambert, 22, from Tempe. According to the Sun Devil’s roster page, Lambert is a redshirt senior from San Antonio and plays on the defensive line. A spokesperson for Arizona State University said the school was aware of the incident.

Sun Devil athletics provided the following statement regarding Lambert’s arrest: “We are aware of the tragic situation over the weekend involving one of our student-athletes. Our thoughts are with the family and friends of all involved. We are still gathering information and we do not have any other statement at this time.”

Police say Lambert was booked into the Scottsdale City Jail on one count of driving under the influence and a blood-alcohol content reading of .08 percent or more. Lambert was later released during the investigation. Police say they are waiting on lab results, and that more charges are possible.