Five of six University of Kentucky football players cleared by a grand jury last year on burglary charges have sued a Lexington police officer who directed the investigation of a March 2021 incident at an off-campus private party.

Reuben Adams, Jutahn McClain, Vito Tisdale, Joel Williams and Andru Phillips allege in lawsuits that officer Cory Vinlove knew probable cause did not exist to charge them and “embarked on a journey” to frame them for a crime they didn’t commit, according to an Associated Press report. The suits filed in U.S. District Court also name officer Donnell Gordon, Police Chief Lawrence Weathers and the Lexington-Fayette County Urban Government as defendants.

Only Tisdale, who is injured, McClain and Phillips remain on the roster of the eighth-ranked Wildcats.

Attorney Elliot Slosar of Chicago-based civil rights firm Loevy & Loevy said in a statement that the lawsuit is “another tragic example of the damage caused by corrupt policing in America.”

“As the lawsuits demonstrate, these five young Black men were targeted by a white officer with an axe to grind and determined to make a name for himself,” added Slosar, one of four attorneys listed on the players’ complaints.

The players, including Earnest Sanders IV, were charged in August 2021 with first-degree burglary. Tisdale also faced a charge of first-degree wanton endangerment for allegedly pointing a gun at one of the victims.

According to the AP, a grand jury in Fayette County declined to indict on all charges last September, and the players returned after being suspended from team activities while their cases were pending.

The players seek unspecified compensatory and punitive damages along with attorneys’ fees. A message left Wednesday night with Lexington police was not immediately returned, the AP reported.

The lawsuits state that Vinlove sought “to further his own career” and manufactured false charges before Southeastern Conference media day to maximize embarrassment to the University of Kentucky and its players.

“Make no mistake, defendants’ pursuit of [individual players] and others was never about a search for the truth,” the lawsuits state, adding that evidence was “false, flimsy and fabricated.” 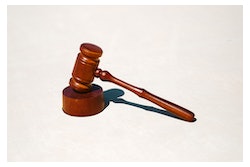 One of the reasons the First Amendment is one of most litigated amendments to the United States Constitution is because of the inherent conflict in the ...
September 19, 2022

A school district in Nebraska has settled a slip-and-fall lawsuit filed by a student-athlete and her family, after the athlete was injured on the wet basketball floor...
September 13, 2022

Man Arrested for Punching Coach Says Coach Should Be Charged

A man who was accused of punching a Florida high school basketball coach during a fight on the court last week is now asking police to press charges against the injured coach and one of the players involved in the fight.
September 13, 2022
Page 1 of 338
Next Page
Buyer's Guide
Information on more than 3,000 companies, sorted by category. Listings are updated daily.
Learn More
AB Show 2022 in Orlando
AB Show is a solution-focused event for athletics, fitness, recreation and military professionals.
Learn More