The Iowa City Parks and Recreation Department is recommending closing a 58-year-old pool at Robert A. Lee Recreation Center in favor of adding a warm water pool at Mercer Park Aquatic Center and Scanlon Gym.

The plan is part of the parks and rec Gather Here Recreation Master Plan, which includes a redesign of City Park Pool.

The current pool at Robert A. Lee is deteriorating, and the cast iron and steel underground pool piping are rusted and staining the pool finish. According to Little Village Magazine, The supply, gutter collection and main piping — as well as the main drain, the pool filters and the surge tank — need to be replaced.

“Every time we call a plumber in, we have to cross our fingers. ‘Cause we don’t know if it’s going to be a one-hour or 10-day close,” Seydell Johnson said.

The estimated cost to repair the pool is $4.5 to $5 million, but the department doesn't currently know the full cost of repairs.

Lee's pool doesn't get a lot of use, with the average visitor numbers hitting around 35 per day in 2019.

“In the six years that I’ve had my office in that building, I’ve never seen that pool fully used, except when either the Coralville pool, or the University pool, or Mercer was closed,” Seydell Johnson said.

Because of the cost of repairs, the parks department is recommending tearing down the pool and repurposing the space.

“We want Robert A. Lee to be a really important part of the downtown atmosphere and used by families and young adults. We’re just not seeing that use in the swimming pool,” Seydell Johnson said.

“I hate to ever say we should close down a facility, but I got to tell you, this one gets such little use that I’m not sure it’s worth the investments. And we’ll do whichever because we love to see people swimming … As a director I have to say, is that our wisest course?”

The cost to do upgrades and build a warm water pool at the Mercer Parks and Recreation space is estimated at $8.1 to $9 million, nearly twice as much as the estimated repair cost for Lee’s pool. 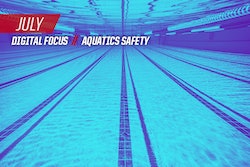