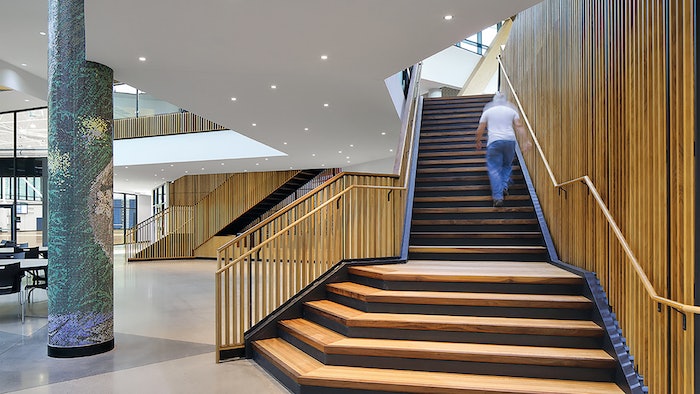 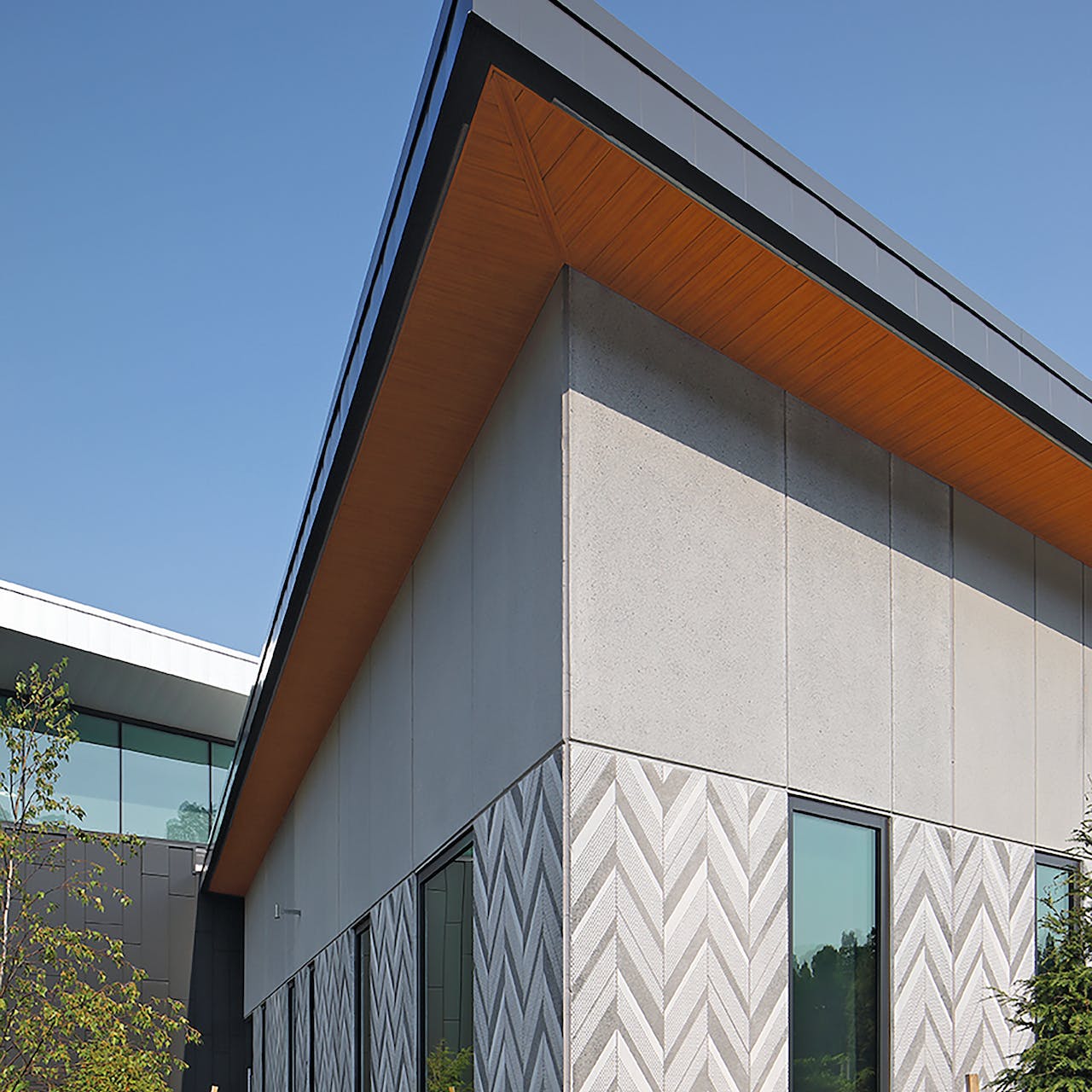 From the spread of its wings housing a gymnasium in one direction and a field house in the other to the feather-patterned relief of its precast concrete exterior walls, the Forest County Potawatomi Community Center respects the sacred traditions and symbols of a Native people in virtually every square foot. The very footprint of the building, which opened in September in Crandon, Wis., mimics an eagle in flight, with the angled walls of a natatorium filling out its tailfeathers. The body of the bird is a central gathering space linking the major programming spaces, which are sunk below entry level and accessed by twin wood-lined and wood-treaded staircases — a nod to the natural environment. Further detailing includes four pillars covered in mosaic art faithfully based on Potawatomi drawings that celebrate the 12 moons (four seasons), and pinhole light fixtures are scattered across interior soffits to suggest stars in the night sky or embers rising from a tribal gathering’s fire. According to RDG Planning & Design architect Blaine Perau, great care was taken to create a facility that reflects and respects Potawatomi pride inside and out. “They wanted moments throughout the facility that they could look at and say, ‘Yes. That’s us. That’s our patterning. That’s our art. That speaks our language.’ ”