The Chicago Cubs are the latest Major League Baseball team to recognize the risk that a trip to the ballpark can pose to fans who suffer from peanut allergies. For Monday's game against the Pittsburgh Pirates, the Cubs are converting the Bud Light Batter's Eye suite at Wrigley Field into a peanut-free gallery. 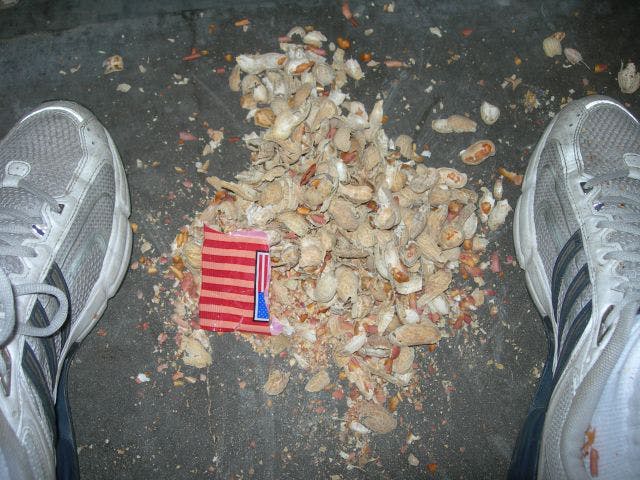 Peanuts.jpgA third of all MLB teams now host at least one game per season in which their stadium, or a section of it, is rid of peanuts. It took a fan-supported Facebook campaign to convince the Cubs to join the club. Stadiums in other leagues have been hosting such games for years, and others have nixed nuts altogether. Fans still carry-in their EpiPens in case of emergency, and the minor-league Frederick (Md.) Keys even have an allergist on hand during their annual peanut-free game to watch for cases of anaphylactic shock, according to an Associated Press report.

While exposure to peanuts can prove fatal for some, Robert Wood, director of pediatric allergy and immunology at the Johns Hopkins Children's Center in Baltimore, asserts that watching a game in an open-air venue poses no significant threat to peanut-allergic children or adults, including those who have suffered severe reactions to peanuts in the past. Caution must be taken in enclosed areas, such as indoor sports arenas, according to Wood, who feels that peanut-free games represent sound marketing, as much as anything.

"Somebody who might not even enjoy baseball that much might go out to a game to support this team making an effort for its peanut-allergic children," Wood said, as quoted in the AP article.

Added Lara Potter, vice president for brand development with the Washington Nationals, which will open an extra peanut-free suite for Friday's game against the St. Louis Cardinals due to popular demand, "We even have some fans who live in other MLB cities, but drive to D.C. to enjoy baseball games since their teams don't offer peanut-free games."

But whether peanut policies in open-air venues amount to mere PR is open to debate, certainly among allergy sufferers. Joyce Davis, the Gurnee, Ill., resident who launched a Facebook page lobbying for the peanut-free zone at Wrigley Field, claims she and her daughter, Julia, left the ballpark 90 minutes into a game in June when the 10-year-old broke out in hives and began wheezing, according to a separate AP report. And die-hard Cubs fan John Rudnicki has only been to Wrigley once due to a severe peanut allergy. According to Chicago's WGN-TV, Rudnicki plans to celebrate his eighth birthday Monday night in the Batter's Eye.