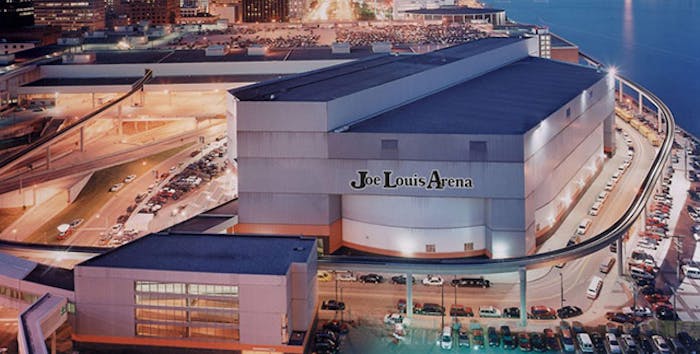 The Detroit Red Wings may soon have a new home, but in the meantime, some upgrades are in order for their current one.

Federal officials and Olympia Entertainment, the group that manages Joe Louis Arena in downtown Detroit, reached a settlement earlier this week after the arena was sued by a patron with a disability. The fan claimed to be unable to attend Red Wings games because of a lack of accessibility.

Under the agreement, Olympia Entertainment will be required to provide 45 wheelchair accessible seats and improve accessibility in the restrooms and concession stands at Joe Louis Arena. According to Olympia Entertainment's website, there is just one handicapped accessible entrance to the facility. The U.S. attorney's office also said the settlement requires full compliance with the Americans with Disabilities Act at the planned 18,000-seat hockey arena and entertainment complex set to open in 2017.