If Mercedes-Benz Stadium hosts World Cup matches in eight years, as seems highly likely, a natural-grass playing surface will have to be installed for the occasion.

The home stadium of the Falcons and Atlanta United has artificial turf because the decision was made during the design process that grass couldn't thrive longterm under the retractable roof and heavy events schedule. But the turf would need to be temporarily replaced with real grass to meet FIFA requirements for the 2026 World Cup.

Eleven of the 23 North American stadiums proposed as sites for the event currently have artificial turf, according to a FIFA bid evaluation report prepared in advance of last week's decision to award the World Cup to the United States, Canada and Mexico. But the North American bid "is committed to meeting FIFA's requirement for there to be grass pitches at all 2026 World Cup stadiums," the document states.

It also acknowledges the transition may not be simple: "There may be risks in ... the conversion of artificial pitches to natural grass pitches in terms of installation work, different operational procedures, etc. It should be noted, however, that the bidder has already taken measures to seek to address such matters and demonstrated this during the course of the official inspection visits."

One of those visits was to Mercedes-Benz Stadium in April.

Men's World Cup matches have always been played on natural grass, and there was much controversy — and a lawsuit by players, eventually withdrawn--when the women's World Cup was played on artificial turf in Canada in 2015.

The United States, Canada and Mexico combined on a joint bid for the 2026 men's World Cup and defeated a competing bid from Morocco, 134 votes to 65, Wednesday in Moscow.

Those recommendations aren't binding, however. The U.S./Canada/Mexico bid names 23 cities as candidates to host matches and says the number will be cut to 16 by June 2021. 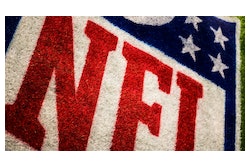 In two months Qatar will host the 2022 FIFA World Cup, but reactions to the country's largest venue for the event are decidedly negative.
September 13, 2022
Page 1 of 162
Next Page
AB Show 2022 in Orlando
AB Show is a solution-focused event for athletics, fitness, recreation and military professionals.
Learn More
Buyer's Guide
Information on more than 3,000 companies, sorted by category. Listings are updated daily.
Learn More