Rising costs and media-savvy consumers are dictating changes in the way recreation guides are produced. 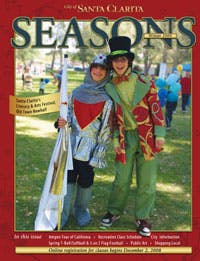 CHANGE OF SEASONS The printed, magazine-style recreation guide in Santa Clarita, Calif., was redesigned to engage residents with all the city's departments.

The traditional printed recreation guide has some flaws. By its very nature, it is cumbersome to produce, text-heavy, mostly colorless, difficult to navigate, and expensive to print and mail. Despite these downsides, recreation guides have one tremendous upside: they connect the community to recreation services. "Outside of word of mouth, which is everybody's number one, our brochures and fliers have been the most common way in which folks are hearing about our programs and services," says Lynn Zwaagstra, director of recreation for the town of Breckenridge, Colo. "It has been very important to us."

Despite that - and despite the fact that the town's recreation programs have seen a steady rise in participation numbers over the past three years, including a 17 percent spike from 2008 to 2009 - Breckenridge is one of numerous communities throughout the United States that has discontinued printing a seasonal guide altogether in an effort to save money. In Breckenridge, the move - among others throughout the town intended to cut costs - saves approximately $14,000. The town now offers its normal recreation guide exclusively online.

But money isn't the only factor changing the way agencies are approaching their printed recreation guides. In an era of highly targeted marketing, rec departments are finding that pages upon pages of text-filled newsprint listing program after program may no longer be adequate in attracting and engaging potential participants. Thus, divergent trends related to the printed guide have emerged, says Richard Lillquist, executive director of the nonprofit 3CMA (City-County Communications and Marketing Association). "You have two things going on," says Lillquist, whose agency oversees the Savvy Awards, which honor the marketing efforts of local government agencies. "Some places are finding newer and better ways to do it, and other places just keep doing it the same old way they have been until they run out of money. By then it's too late." 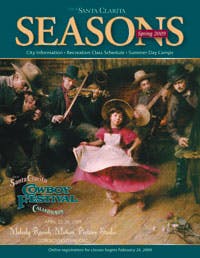 Photo of the spring cover of Seasons

File Seasons, the quarterly magazine produced by the city of Santa Clarita, Calif., under "newer and better." The magazine had existed under the auspices of the city's parks, recreation and community services division beginning in 1989, but was adopted by a citywide communications division that was formed three years ago. "The city manager asked us to look at all of our means of communication and do an audit," says Gail Ortiz, who manages the division. "We asked 'What are we saying? How are we saying it? Who should we be saying it to?' and 'How do we get the most bang for our buck?'"

The result was to bring the magazine's production - aside from printing - entirely in-house and even enhance it, using full-color images on glossy paper throughout and incorporating all of the city's departments (although Ortiz notes that recreation is particularly well represented). Magazine feature-style stories with abundant color photography, colorful "house ads" and photo spreads are now used to convey city messages. Even the pages upon pages of class schedules and program descriptions feature colorful imagery and a more dynamic layout.

"At a time when people are getting rid of their printed communications, we decided to expand ours," says Ortiz. "We went from having basically a brochure on newsprint that communicated our recreation classes and programs to having much more of a city-branded magazine that goes to every household and every business."

The result, Ortiz believes, is a product that people throughout Santa Clarita covet as an easily digestible, informative and even entertaining guide to their community. "The users do understand that this is coming from the city of Santa Clarita," says Ortiz. "But they use it; they read it; it hangs around their coffee tables because it is pretty and user-friendly." 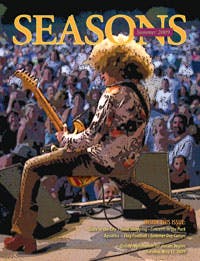 Photo of the summer cover of Seasons

Granted, such a product requires resources. One full-time city staffer devotes nearly all her energy to producing the magazine (for marketing purposes, it is consciously referred to as such), and a "publishers meeting" with representatives from all participating city departments is required at the beginning of each production cycle. City staff had to be trained on magazine production software, and people throughout the city chip in by, say, photographing their programs in action or helping determine where certain items will be placed within the magazine. "You're relinquishing some creative control to other people, but the ideas they bring to the table make the piece so much better," says Ortiz. "What we do is try to share the wealth. If you're the community services division and you're getting the front inside cover for spring, you're not going to get it for winter. People do put the good of the magazine before their own egos or programs."

That's true even for the recreation department, which essentially had to cede its autonomy on issues related to its primary means of printed communication. "There was some squirming," says Ortiz. " 'It's going to be late; it's not going to be published in time; classes are going to start and the magazine won't be out.' This is our one-year mark and those fears have not been realized."

For better or worse, those concerns no longer exist in places like Breckenridge, St. Cloud, Minn., or Brunswick, Ohio, all of which have been forced to abandon print and move to an online-only format. Not that doing so is all bad. Most departments point out the "green" aspect of reducing paper consumption, as well as the operational efficiencies that can be achieved using well-planned tools such as online program registrations. 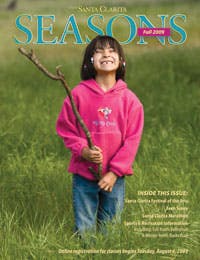 Photo of the fall cover of Seasons

"More and more people are turning to the Internet these days to find out the information they want to know anyway," Brunswick's parks and rec director, John Piepsny, recently told www.cleveland.com while justifying the discontinuation of a printed and mailed brochure. "This will allow us more flexibility and allow us to update the site daily."

Though program participation numbers continue to soar in Breckenridge, Zwaagstra says going online-only has caused some unexpected complications. "We are trying to work with some of the issues associated with losing one of our primary forms of marketing," she says. "Our brochure contained a lot of information about things like policies and facility rules. So now the question is how to convey those things."

Zwaagstra's department maintains an integrated approach, regularly producing press releases and vying for airtime on community radio and television. The department pitches story ideas to the local newspaper and takes out quarter-page and full-page ads on a regular weekly schedule. Internal efforts have included bolstering e-mail marketing, creating small folding brochures for target audiences and buying more user-friendly registration software to incorporate into a newly revamped department web site. Zwaagstra is hopeful these efforts will combine to soften the effects of losing the department's main printed guide. "We're trying to identify what our target demographics are," she says. "Who are our primary user groups and what are they looking for?"

Whether they like it or not, communities like Breckenridge may represent the future of how recreation guides are presented. Says Santa Clarita's Ortiz, "We do see the trend, and maybe within the next five years everything will be online. But for right now, print is working for us."