Blog: The NFL Knows No Offseason 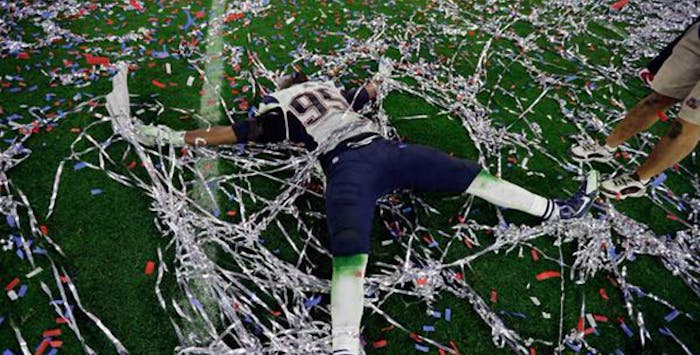 The debate over whether the Seattle Seahawks should have given the ball to Marshawn Lynch at the 1-yard line in the closing seconds of Super Bowl XLIX will rage all season long in the Pacific Northwest and the rest of the country.

Actually, there really is no debate. How could the Seahawks not give the ball to Marshawn Lynch at the 1-yard line in the closing seconds of Super Bowl XLIX? With millions of fans around the world glued to the exciting conclusion of Sunday’s game, Seattle opted instead to throw the ball, a decision that backfired when Malcolm Butler picked off Russell Wilson as the New England Patriots capped a thrilling 28-24 come-from-behind victory in Glendale, Ariz.

The National Football League has just completed one of its most controversial seasons ever. From the handling of Ray Rice and Adrian Peterson to Deflategate and the growing concern of concussions and the league’s new concussion protocol, the NFL was under a white-hot spotlight for the past six months. Now that the Super Bowl and the season are over, the glare will diminish, albeit only partially.

That’s because the NFL is a year-round machine, which never fully leaves our consciousness. The NFL combine for college players entering the draft is coming up later this month in Indianapolis, followed by a new free agent combine in March, followed by the NFL Draft in late April and early May, followed by minicamps. All of which lead right back to the start of training camp in July for the 2015 season.

The NFL is so much a part of popular culture, it can’t escape it, nor can popular culture escape the NFL. More and more, TV shows and networks that are partners with the NFL (which means all of them—NBC, CBS, ABC/ESPN and FOX) will sprinkle in NFL jerseys on the set. The TODAY Show on NBC recently featured a cooking segment with the guests and hosts wearing Seattle Seahawks gear. During the season, the daytime talk show “The Talk” on CBS featured tailgating tips that included a set decked out with the colors of the two teams playing that night on Thursday Night Football (on CBS).

As we watch The Masters in early April on CBS, we’ll see promo after promo of Thursday Night Football returning this fall. Later this year, we’ll likely see our favorite CBS stars wearing NFL jerseys in promos for Thursday Night Football, just as they did last year, whether they were fans of the teams or even cared for football at all. For most of the season, Thursday Night Football games consisted of blowouts and boring matchups. And yet we still watched, and we’re going to watch again in 2015.

The No. 1 reminder of all things NFL is ESPN, the Worldwide Leader in Sports. ESPN has become the de facto NFL Network, or perhaps the NFL Network has become an offshoot of ESPN. Throughout the season, we saw live reports from the training facilities of NFL teams, Monday through Friday, involving the biggest stories and leading up to the biggest games of the week. For ESPN, talking about the NFL, even talking about topics and controversies that touch on domestic violence and societal issues, keeps the NFL meter running. The thinking behind that is: The more we talk about the NFL, the more we’ll watch the NFL and the more we’ll care about the NFL.

It seems everything ESPN does leads back to the NFL. ESPN has invested tremendously in college football and the new college football playoff system. A great college football story unfolded late in the year when Ohio State third-string quarterback Cardale Jones led the Buckeyes to three straight wins and the national championship.

Not long after the gun went off in Arlington, Texas, and confetti rained down inside AT&T Stadium, the question of whether Jones would forego his remaining eligibility and enter the NFL Draft filled the airwaves. Draft experts predicted Jones would go in the second round or even the late first round.

In what was a surprising move, Jones announced he was staying at Ohio State, even though the starting job is not guaranteed to him this spring. The decision left the experts virtually speechless…for about 5 seconds. After that, the questions became, “Where will Cardale go in the 2016 draft? Will he be an elite quarterback? Will he be the No. 1 overall pick?”

Do not worry about a lack of storylines heading into this year’s draft. The question of which team will stake their claim to Florida State quarterback Jameis Winston will be asked thousands of times in the next few weeks. Who will look past Winston’s troubled off-field past and make him as the face of their franchise? Will he go No. 1 or will Heisman Trophy winner Marcus Mariota be the top pick?

And what will happen to Cleveland Browns quarterback Johnny Manziel, the subject of constant scrutiny leading up to last year’s draft? Will the Browns keep Johnny Football or are they already sick of him enough to deal him in a draft day trade?

And then there’s Ray Rice and Adrian Peterson. Will Rice go back to the Ravens? Will another team pick him up? Will Peterson go back to the Vikings? Perhaps more importantly to some NFL fans, how will they impact their fantasy football teams?

Round and round the NFL wheel goes. Where it stops, nobody knows.