Stuart Goldman (stuart@iclubs.com) joined AB Media in 2015 as the editor of Athletic Business’ sister site, iClubs.com, the leading b2b media brand for independent health club owners and operators. Goldman spent the previous eight years at Club Industry, including the last two as executive editor, covering all sectors of the health club industry. In 2011, he won the prestigious Jesse H. Neal Award and was a finalist for the award in 2013. He also has won four FOLIO: Eddie Awards and two ASBPE West Regional gold awards. Goldman is a graduate of the University of Missouri School of Journalism and lives in the Kansas City area.
Programming

An athletic director and principal have been removed from their duties at a Louisiana high school after an investigation involving the school’s football team.
November 3, 2016
Programming

Fitness standards are among several requirements for recruits entering the military that may become more relaxed, allowing a greater chance for admission.
November 2, 2016
Safety & Security

Hot Topics of the Rio Olympics, as Captured by Social Media

"Fora Temer" signs popped up at various points inside Maracanã Stadium, site of men's and women's soccer and the opening and closing ceremonies at the recent Rio Summer Olympics. Fans holding signs with the slogan — which translates to "Temer Out" — wanted the removal of Michel Temer, Brazil's interim president.
November 1, 2016
Programming

The University of Wisconsin’s chancellor responded to a fan who wore a costume as President Barack Obama in a noose at Saturday’s Wisconsin football game.
October 31, 2016
Programming

The NCAA approved a policy Thursday that will change its revenue distribution model and reward Division I schools for their academic success.
October 28, 2016
Programming

A team of 13- and 14-year-old football players has been removed from its youth league in Rhode Island after the team’s coach put a 19-year-old into a game.
October 27, 2016
Programming

A high school football official took a knee during the national anthem before a game Friday night in North Carolina.
October 24, 2016
Programming

A youth football coach in Florida was shot and killed last week, moments after his team’s nighttime practice.
October 17, 2016
Page 1 of 18
Next Page
Top Stories

The rented SUV driven by a University of Georgia football staffer and involved in the Jan. 15 crash that killed her and a Bulldog football player was not authorized for personal use, according to a statement from the UGA Athletic Association. 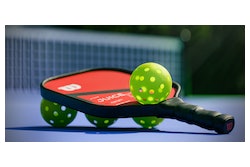