Richmond, BC — October 28th, 2014 — WhiteWater is proud to be the recipient of two prestigious WWA 2014 Leading Edge Awards. The WWA Leading Edge Awards are presented by the World Waterpark Association to park and supplier members who, through their combined efforts, have brought a project, product, service or program to fruition, thereby creating industry innovation and leadership. The awards were given to WhiteWater as the designer and supplier of waterslides to the Aquaventure Waterpark at Atlantis the Palm, Dubai and Wet’n’Wild Sydney in Sydney, Australia. 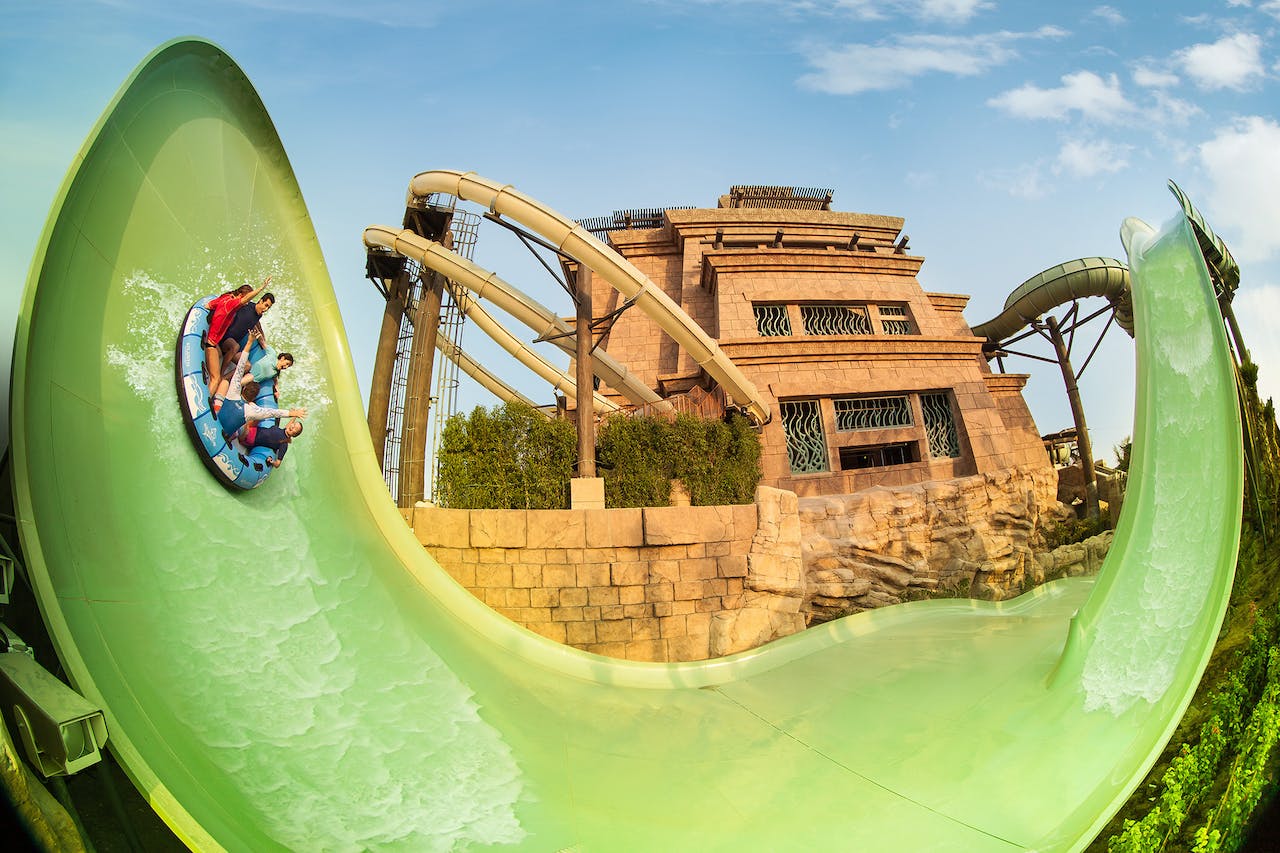 As the sole supplier for the Aquaventure Waterpark, WhiteWater is proud to receive a WWA Leading Edge Award in collaboration with Atlantis the Palm, Dubai. The resort’s latest expansion from WhiteWater, the Tower of Poseidon, included the world’s largest diameter waterslide, the Anaconda™, with our flume-thru-flume technology as well as a Family Boomerango and two dueling Aq

About the World Waterpark Association

The World Waterpark Association is the world’s leading water leisure trade association, serving more than 1000 park operator and supplier members from more than forty-two countries around the world.  Since its inception thirty-three years ago, the WWA has been the leading advocate for the development of the water leisure industry for its park and supplier members. WWA’s Annual Symposium & Trade Show is the world’s largest gathering of water leisure professionals and development experts. It offers the most comprehensive waterpark education program available offering in-depth, targeted seminars for every specialty segment of the industry. It is the only show focused exclusively on the water leisure industry.