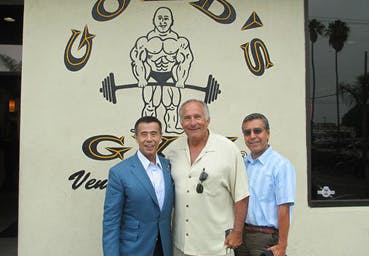 In April of 1980 Grzymkowski moved to Santa Monica, CA to join his brother as one of four managing partners of Gold’s Gym Enterprises, Inc. With the titles of President and International Director (Gold’s Gym Franchising, Inc.), Grzymkowski, during his 19-year tenure with Gold’s Gym redefined the business aspect of the fitness industry by developing the first comprehensive franchising system for facility operations. His efforts contributed to the opening of 535 franchised Gold’s Gym fitness centers in 47 states and 24 countries, with over two million members.

Paul Grzymkowski's background as the original driving force behind the creation, development and success of the Gold's Gym's Franchising program lends itself to the future success of KAATSU’s development as a revolutionary training concept in the North American fitness/athletic market place.

At POOLCORP, we believe everyone deserves the chance to swim, so we created A Splash of Joy™ to provide swimming lessons to children who otherwise might not have the opportunity to learn basic water safety skills. By the end of 2022, POOLCORP will have...
May 26, 2022