Madison – If you think of baton twirlers as the majorettes of the 1950s and 60s, think again! Today’s top twirlers are dedicated athletes who train like Olympians and perform amazing feats with one, two, three and even four batons, while using dance and gymnastics to add drama and excitement to their programs.

More than 500 of the nation’s best baton twirlers will compete in the 59th Anniversary U.S. National Baton Twirling Championships, July 10-15, at the Alliant Energy Center in Madison. The competition, which is sponsored by the United States Twirling Association (USTA), runs from 8 a.m. to approximately 5 p.m. each day and is free and open to the public. During the championships, athletes will compete for national honors in individual and group events.

July 10 – U.S. PreTrials Athletes perform compulsories and freestyle in this demanding event which prepares them for the prestigious U.S. Trials where athletes are selected to represent the U.S. in the World Baton Twirling Championships.

July 11 - 2 Baton, 3 Baton and Dance Twirl 2- and 3-Baton are highly difficult events using multiple batons which must be kept moving at all times. Dance Twirl is a beautiful but demanding event combining twirling with dance and gymnastics.

July 12 – Strut and Solo Strut is a beautiful event that requires precise timing in addition twirling, dance and gymnastics. Solo is the premier event in the sport of baton twirling: an exciting event using one baton which is rolled, flipped and tossed around the body and through the air at great speed.

July 13 and 14 – Group Events - the crowd will be on its feet as groups of twirlers perform synchronized twirling and challenging exchanges.

July 15 – Festival of the Future – a national competition for beginning and intermediate athletes.

The top individual competitors will be featured in the National Championships Finals Show at approximately 4 p.m. Wednesday, July 12. The nation’s top college twirlers, including Tara Harris, who attends the University of Wisconsin-Madison, will compete in the National Collegiate Championship at approximately 11 a.m. on Thursday, July 13. Both events are free and open to the public.

“Twirling is an aerobic sport that combines athleticism with artistry,” said USTA Executive Director of Sport Mark Nash. “A top twirler must develop many of the same skills as athletes in other sports, such as the speed of a sprinter, the hand-eye coordination of a hockey player, the technique of a ballet dancer and the flexibility and power of a gymnast. The National Championships will feature the nation’s best baton twirlers and I know Madison sports fans will enjoy seeing them in action.”

The national competitors include members of Team USA, which will represent the United States in the World Baton Twirling Federation’s International Cup Competition and Grand Prix in Poreć, Croatia in August. Those competitions will feature the best baton twirlers from around the globe.

“We are excited to return to Wisconsin and hold our National Championships in Madison,” Nash said. “It is a beautiful, welcoming city that offers our athletes and their families a quality competition venue surrounded by family-friendly attractions and amenities. In addition, the support of the Greater Madison Convention and Visitors Bureau and the Madison Area Sports Commission has been invaluable.” 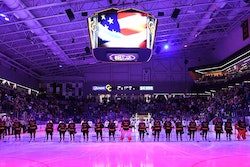 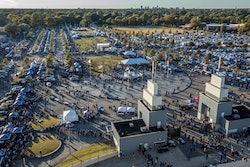 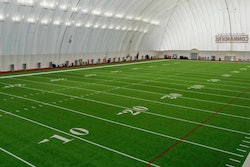