BOULDER, CO (May 14, 2018) – TeamSnap, the household name in integrated sports management, announced today that Todd Stockard has been appointed the company’s new Chief Financial Officer. Stockard will oversee TeamSnap’s financial strategy as the company continues its rapid expansion with the introduction of new products, platforms and partnerships.

Stockard brings more than 20 years of senior-level strategic financial expertise. He joins TeamSnap from Maxar Technologies (formerly DigitalGlobe), a global provider of advanced space technology solutions, where his responsibilities included leading treasury, financial planning & analysis and strategic planning. Prior to that, he held senior corporate finance roles with Level 3 Communications. During his time with DigitalGlobe and Level 3, Stockard executed more than $10 billion of capital markets transactions in both public and private markets – including DigitalGlobe's initial public offering. He began his career with Bank of America, where he worked in the bank's Mid-Cap Technology Division.

“Todd’s strategic vision combined with his financial insight and passion for technology will be a significant asset to our leadership team as we establish the long-term vision for TeamSnap and its focal role at the center of the youth and amateur sports landscape,” said TeamSnap co-founder and CEO Dave DuPont.

Sports clubs, leagues, coaches, players and parents use TeamSnap extensively for communications, registration, payment collection and other organizational needs. The company has experienced a period of rapid growth over the past 18 months, including the launch of TeamSnap Tournaments, over 130% growth in its Club and League business and raising $25 million in financing last year led by the Foundry Group.

Founded in 2009 and headquartered in Boulder, Colorado, TeamSnap has taken the organization of youth, recreational and competitive sports into the 21st century. Nearly 20 million coaches, administrators, players and parents use TeamSnap to sign up, schedule, communicate and coordinate everything for the team, the club and the season. TeamSnap makes organizing sports as simple as click, tap and go. For more information, visit www.teamsnap.com. 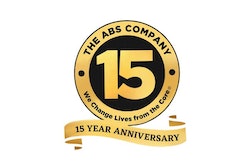 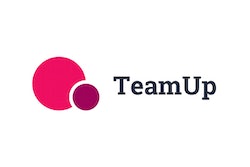